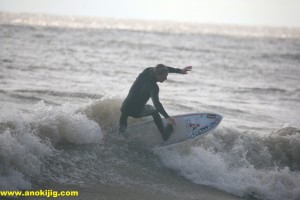 Burton Hathaway has been finding a way to get stoked his entire life, including the last five years that he has lived in Wisconsin. Hathaway is a native of Southern California, who moved to Wisconsin, when he got married. He quickly realized Lake Michigan was a surfable body of water, which was great news. The not-so-great news is that the best time of year to surf on Lake Michigan is typically the winter months, when strong north winds bring big waves to his home break in Racine, Wisconsin.

This picture was snapped in late-October, when the water temperature was still warm enough (low-60s), that Burton didn't even need gloves or a hood. Now that we're into late-December, the water temperature has dropped into the mid-30s and the air temperature can often be in the twenties or teens. Burton's story appealed to us, because we couldn't think of anyone more in need of a reliable battery to start his truck, than a guy who just finished swimming in Lake Michigan in the middle of winter.

Burton whipped up this cool video about his surfing exploits and routinely finds himself photographed for a variety of newspapers in the Great Lakes area. He even appeared recently on the front page of the Chicago Sun-Times, which prompted another interview with Chicago's WCIU-TV's morning show. Congratulations Burton and keep up the good work! 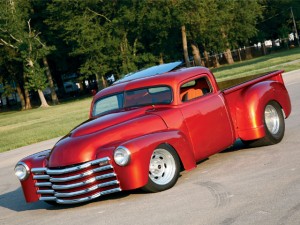