Are you wired in? 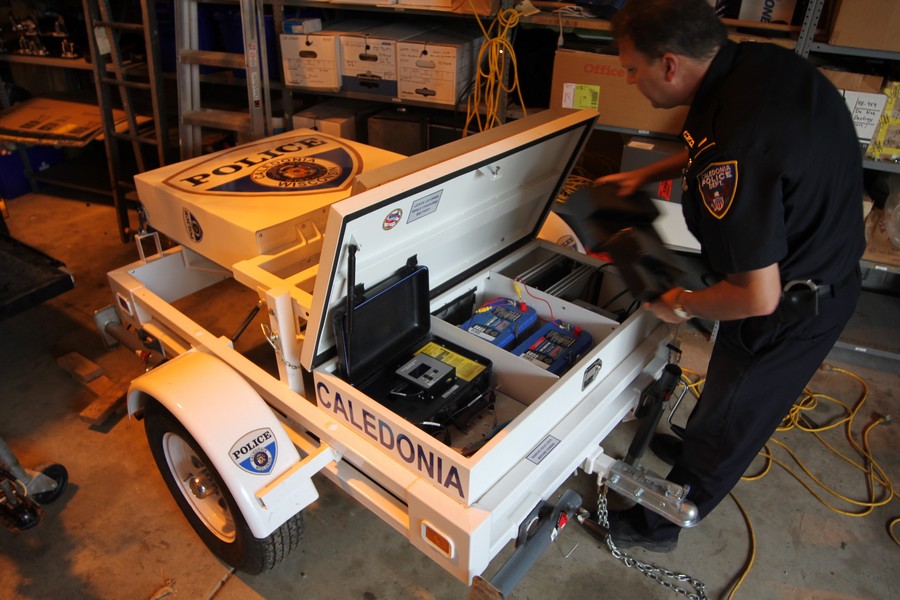 It was Christmas in June last week, as a pallet of BlueTop batteries was delivered to my house.  The best part?  I could do with them as I saw fit (except I couldn't sell them).  One of the first calls I made was to a friend of mine who happens to work locally in law enforcement, as it is never a bad idea for car guys to make friends with the police in their area.

He was happy to take a few D31M BlueTops off my hands for his father's trolling motor and indicated the police department could also use a few batteries for their portable radar speed display station.  After I confirmed that this station didn't actually cause anyone to get citations, I agree to give them two D31M BlueTops, to replace the original batteries, which were in their fifth year of operation.

The officers had explained that even though the unit had a solar panel for recharging, they could only get about 36 hours worth of use out of it now, before the batteries needed recharging- even in sunny weather.  That was far less than they could get out of it when they first bought the unit.  When we opened the unit up, I noticed a sign underneath the lid, which read, "LEAVE LID OPEN WHILE CHARGING BATTERY."  That is excellent advice, as these batteries appear to be somewhat sealed inside a weather-proof case and if the batteries did happen to get overcharged, they could vent gas that is both flammable and toxic and it's not a good idea to keep those gasses sealed up in a box.

When we went to disconnect the batteries (which were wired in parallel), I noticed that one of the negative cables was loose and not solidly-connected to the second battery.  When we pulled the batteries, the resting voltage was 12.6 volts for both batteries, which is probably pretty close to a full charge for those batteries.  However, with the wiring the way it was, it was possible that while riding over bumps in the road to whatever destination the unit was going to, that it lost it's connection to the second battery and the reserve capacity was decreased significantly.

Batteries are often the easiest thing to replace when faced with electrical issues, although that doesn't always solve the problem and may only mask the real issue for a period of time.  If you think your battery needs to be replaced, check out this video first, before pulling the trigger on a new purchase.  Your battery could end up being just fine and all that may be necessary is the tightening of a few wires to resolve your issues.  Lastly, here's a few fun facts about this portable radar speed display station-

What is a Hot Rod Car?