Kyle Tucker is in the 2011 OPTIMA Ultimate Street Car Invitational 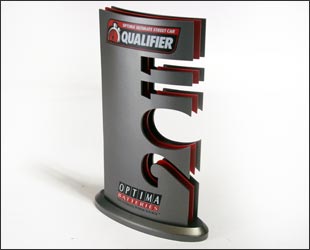 The Run to Music City was held last weekend in Nashville and amongst the field of competitors vying for a coveted spot in the 2011 OPTIMA Ultimate Street Car Invitational, a familiar face emerged. Kyle Tucker of Detroit Speed, Inc. came out on top in his 1970 Chevrolet Camaro, earning the hardware and punching his ticket in the third qualifying event of the year.

Those of you who missed out on the Run to Music City still have more chances to qualify for the 2011 OPTIMA Ultimate Street Car Invitational, but it doesn't get easier. There are still qualifying events remaining, but we anticipate the intensity and competition to increase as the 2011 OUSCI field fills up. The winners of these upcoming events will all earn spots in the 2011 OUSCI field-

We wish all the competitors good luck and look forward to seeing them at SEMA and the 2011 OUSCI at the end of the year!