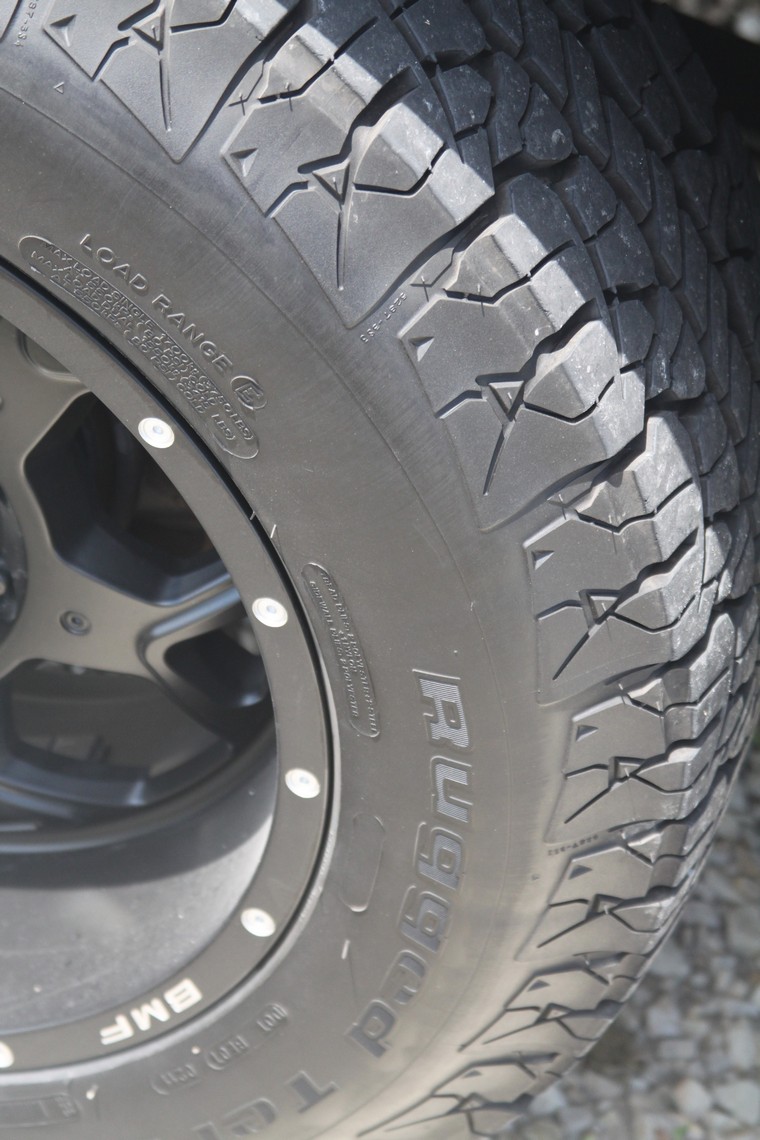 Over the coming weeks and month, we'll be taking a closer look at the components that went into the construction of the OPTIMA Batteries Power Pack Nation Ford Excursion, also known as the 400K Excursion. We thought the best place to start would be where the rubber meets the road and our BF Goodrich Rugged Terrain T/A Tires.

If thismodel doesn't sound totally familiar, it is because the Rugged Terrain T/A is relatively-new to the market, having just been introduced May 1, 2011. BFG claims these tires were designed for light truck and sport utility vehicle drivers looking to upgrade to a tire with aggressive off-road looks combined with low rolling resistance, reduced noise and year-round traction. We couldn't have written a better description of what we were looking for in a tire.

We know some folks are creatures of habit and would prefer to stick with what they know. Inthis case, that might be BF Goodrich's Rugged Trail T/A. That was what ourExcursion was riding on prior to this switch and we were very happy with their service. However, BFG didn't just come up with a new name andtread design for the sake of appearances and call it a day. A combination of tread design and compound development resulted in a 30% improvement over the Rugged Trail T/A in wet weather performance.

These tires are offered in 36 sizes ranging from 15 to 20 inches in diameter, including LRE-rated sizes to provide drivers with additional load-carrying capacity. Because our Excursion weighs in at a portly 8,360 pounds (including an extra 20 lbs.for the bedliner finish) and because this truck is frequently called upon to be a tow vehicle, we opted for the LRE-rated tires in the LT275/65/R20 size, which have a maximum load rating of 3,750 pounds per tire.

We could've opted for taller tires or a more aggressive tread pattern, but that simply wasn't what we were after. A more aggressive treadpattern may be great in the mud, but it also translates into more road noise and increased rolling resistance. If we're totally honest about how this truck (and most other trucks) are being used, 95% of the time, this truck will be rolling on paved surfaces.

Some guys want the attention that tire howl brings, even if it does come at the expense of fuel economy. We're confident that the soundof our Magnaflow exhaust system will grab all the attention we need, while allowing us to still see good fuel economy. The height of the Rugged Terrain T/A we selected also makes it easier for us to tow and still allows us to fit into some garages.

Some of our favorite features of this tireinclude the super high-tensile steel cables and stiff tread blocks, which notonlyallow for a 50,000-mile Manufacturer's Limited Tread Life Warranty, but also allow us to comfortably haul heavy loads. As truck owners look at replacement rubber for their vehicles, what they'll often find is that the tires that catch their eye will come up short where they need it most- towing capacity. The Rugged Terrain T/A has an "E" load rating, which means we can still haul our 24-foot car trailer or three-horse trailer, without compromising our safety.

The SEMA show is routinelyflooded with trucks slammed to the ground or jacked up into the sky. While those trucks may look really cool, few of them retain any functionality when it comes to towing and some don't even have tires designed to support their own vehicle weight, let alone a fully-loaded trailer. We've found the BF Goodrich Rugged Terrain T/A to be the perfect balance between style and substance.

What's the best battery for a diesel?

What's the best battery for a diesel truck? It depends on your application, but we'll… Read More 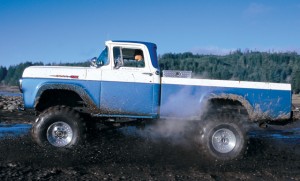 We Love The Classics!

We Love The Classics! Read More