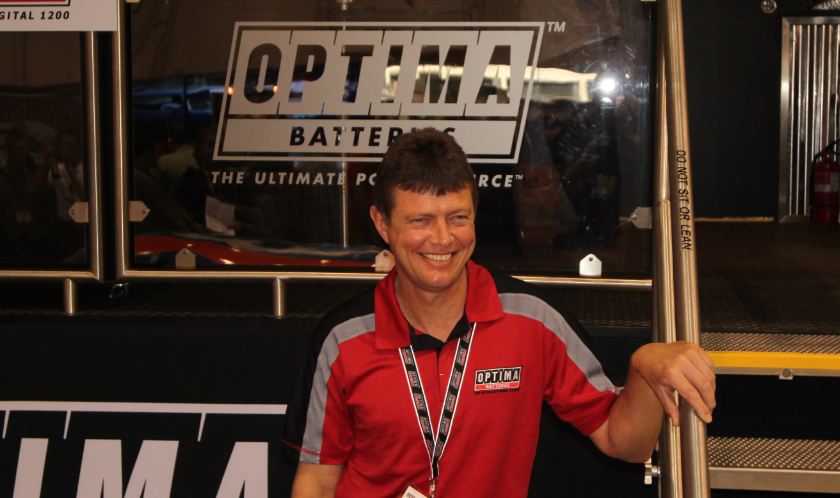 Today at the annual SEMA (Specialty Equipment Market Association) Show in Las Vegas, OPTIMA ® Batteries, a worldwide leader in high-performance batteries, announced that it will continue and grow its partnership with Kalitta Motorsports, one of the most successful teams in NHRA (National Hot Rod Association) drag racing history, by becoming a primary sponsor for David Grubnic in the 2012 NHRA Full Throttle Drag Racing Series.

The OPTIMA Batteries team has built an extensive and integrated program to support its NHRA presence in conjunction with the growth of the Kalitta team partnership. With plans for support at each national race event, OPTIMA will feature education and entertainment for race fans, a contingency program to reward racers for running OPTIMA batteries and a program to educate and award retail sales associates utilizing the Kalitta Motorsports V.I.P. Hospitality Area.   More than 1,200 attendees participated in the OPTIMA retail sales associates training program during the 2011 season.

“We are proud to take this next step in our partnership with the legendary Kalitta family. Their winning history is a perfect match for Optima Batteries,” said Cam Douglass, director of product development and marketing for OPTIMA Batteries. “Our relationship continues to demonstrate that OPTIMA batteries are proven to perform in the most demanding applications.”

Grubnic, who began driving Top Fuel dragsters in the United States in 1995, earned his first career victory with Kalitta Motorsports in 2005 in Topeka, Kan. becoming the first racer born outside North America to win an NHRA Top Fuel event.

Grubnic is currently in seventh place in NHRA Top Fuel Full Throttle Countdown to the Championship points (2220) with one event remaining in the 2011 campaign. 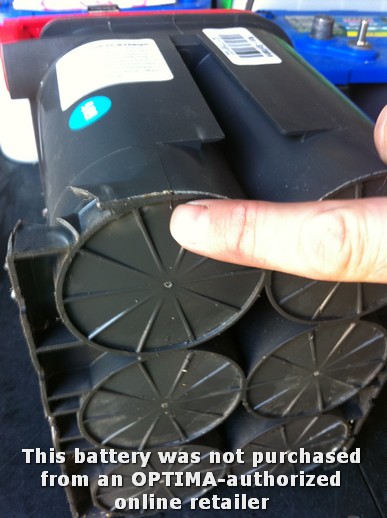