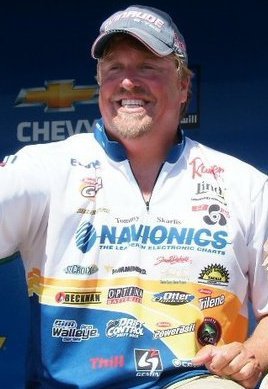 If you've never heard of Tommy Skarlis, check out this list of accomplishments-

It is fair to say Tommy has accomplished quite a bit in his fishing career and recently, the folks at WalleyeCentral.com had a chance to sit down with Tommy, as well as holding an online chat with him.  If you missed out on the online chat, you can read a brief interview with him here.  In it, Tommy talks new baits, plans for 2012 and his involvement in social media (you can "Like" his Facebook fan page here.)

OPTIMA proudly sponsors Tommy and we wish him good luck and continued success in 2012!

We can't offer you Clapton's Stratocaster, but how about Edwin Evers' Baitc…

We can't offer you Clapton's Stratocaster, but how about Edwin Evers' Baitcaster? Read More