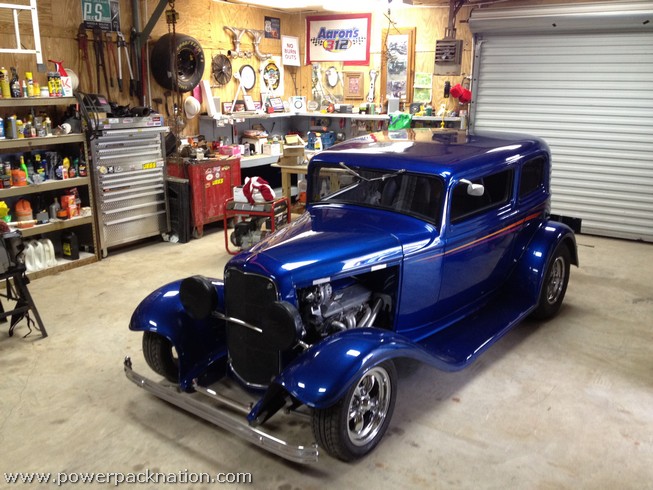 Optima Jim is traveling around the Mississippi Gulf Coast this week and during his trip, he ran into the owner of this beautiful Ford, which just happens to start with an OPTIMA RedTop.  The owner built this hot rod himself and as he talked about it, he indicated he was concerned by the voltage drop he noticed on his Dakota Digital Dash gauge.  We asked him if he had a volt meter, but he said he did not.

This is not the first time we've come across someone with enough tools in their garage to build a car, who didn't own a $20 voltmeter.  Luckily, we had one on our trip and measured his RedTop voltage at just under 12.6 volts, which isn't too bad, considering the car had been sitting for a while.  Fully-charged our RedTops will measure about 12.6-12.8 volts.

The owner indicated he felt the battery was losing voltage as he drove down the highway, because the voltmeter number on his dash would sometimes decline on longer trips.  We explained to him that these voltmeters typically measure alternator output when the engine is running and if a battery is fully-charged, an alternator won't have to pump a bunch of current into the battery.  That made a lot of sense to the owner and certainly put his mind at ease.

Event 7 - From Key West to Cuba to the Record Books

We put it through some serious abuse in the desert, the mountains, tracks, asphalt an… Read More