One of the perks of being a contingency sponsor for the NHRA, as well as the primary sponsor on David Grubnic's Top Fuel dragster, is that it allows us to get out to the dragstrip and interact with many of our customers. One of those customers came by the OPTIMA rig on Friday to talk to us about problems he was having with the dual REDTOPs he had mounted in his Sportsman drag car.

As he explained what had happened, he indicated he stored his car last winter with the kill switch activated, which disconnected his batteries from his vehicle. However, when he went to start his car in the spring, his batteries were discharged to the point that they could not turn his engine over. He then indicated that after charging them, they eventually discharged again and seem to have trouble maintaining proper voltage.

We then asked him if he remembered the voltage of his batteries either when he parked his car for the winter or when he brought it out in the spring and he had a puzzled look on his face. He didn't seem to know specifically, but indicated when he charged them, he got them all the way up to, "12.1 or 12.2 volts." Unfortunately, his experience is not unique amongst battery owners and it is commonly believed that a 12-volt battery is fully-charged at 12.0 volts. However, the truth is, most batteries are more than 50% discharged at 12.0 volts. This racer's REDTOPs are not fully-charged until they reach about 12.6-12.8 volts.

We then asked to come over to his rig and take a look at the charger he was using. As we suspected, he had been using a charger that had a "Gel/AGM" setting, which was probably not fully-charging his batteries, even though it indicated the batteries were fully-charged. Whenever batteries are discharged below 12.4 volts and allowed to sit in that state, sulfation begins to diminish both capacity and lifespan and in the case of these batteries, it sounds like they had spent almost their entire existence discharged below 12.4 volts.

The solution for this driver was a simple one. He decided to order our new Digital 1200 battery charger, but in the interim, we suggested he simply charge his batteries using his charger's "Regular" setting. 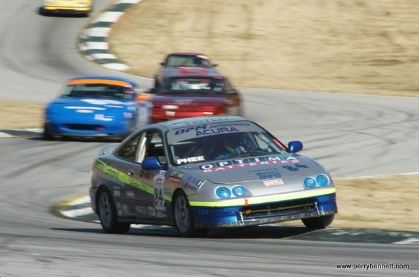 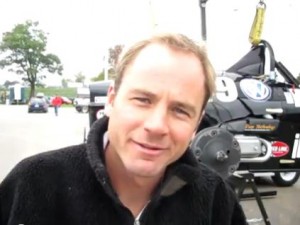 Going the Distance With OPTIMA