After nearly two weeks on the road, I have finally returned from the 2012 Hot Rod Power Tour. Even though next year's Power Tour is nearly a year away, I thought it might be a good idea to post some advice for future Power Tour participants, while this year's trip is still fresh in my mind. You may forget everything I've posted here in a few weeks, but this blog is always just a google search away when you need it.

While many Power Tour participants like to let everyone know exactly how many times they've done the long haul, I honestly can't remember. I can tell you that I write this from a voice of experience, that has long-hauled multiple times in my both by own vehicles and other people's vehicles. I even hitch-hiked the entire route one year!

Let's start at the beginning- plan ahead! Many folks want to dip their toes in the water of Power Tour before committing to doing the long haul and that is a great way to get a good feel for the event (and realize mistakes you've made without having committed to repeat them over the entire Power Tour). Power Tour encourages you to register early by offering a discount, so take advantage of it if you can.

If you are doing more than one stop, be sure to book your rooms well in advance. Some of the smaller venues, like Miami, Oklahoma, have limited hotel space, so if you wait until April to book a room (like I did), you could find yourself sleeping 30 miles from the venue.

Make sure your vehicle is ready for the trip. This should be obvious, but I've never seen the GM mechanics sipping iced tea in the shade on Power Tour. They are always busy wrenching on cars at every stop along the way. If your car has known issues and you still want to roll the dice, bring spare parts, especially if they are hard to come by on the road!

Try the autocross or drag racing. No one wants to break their cars and I understand the concerns some have about autocrossing or drag racing on Power Tour, but you really should give it a shot. When these are offered, they are often free for participants, which will never happen anywhere else. Additionally, if you do break something, you'll probably never be around a more resourceful and helpful group than you will on Power Tour.

Blow a driveshaft at your local dragstrip and the flatbed operator sees dollar signs, just to get you home. Do the same thing on Power Tour and you're likely to find folks who are willing to help find a cheap replacement and swap it out on the spot.

Bring comfortable clothes. I try to bring three different pairs of shoes with me. That may seem like a lot, but you'll probably spend as much time walking as you will driving. If you get a blister, flip flops that don't hit the same spot can be a lifesaver. Even surfers don't like to talk about the chafing they get on their inner thighs from wearing board shorts all the time, but they all get it and you may too. Spandex is your friend.

Let the cars come to you. You can walk miles every day and never see every car that comes into a Power Tour venue, so plant yourself at the entrance or exit points and let them come to you. If you want to see under the hood of one of your favorites, wait at the entrance and follow the car in. Some venues, like the Milford Proving Grounds, are better for this than downtown locations, like Muskegon or Racine, where vehicles will come in from multiple locations. Spend your walking days in the downtown locations and your sitting and watching days at the stadium parking lots.

Save a little money on food. Many hotels on Power Tour offer free continental breakfast, so that covers one of your daily meals. If you are considering a higher-end hotel, remember that many do not offer complimentary breakfast, so you may not just be paying an extra $25-50 for your room, you'll probably pay another $10-15 for breakfast. Bring a cooler for drinks and lunch too. I eat my favorite, PBJ, for lunch every day on Power Tour and probably spend as much on lunch all week as many folks will spend on track food for one meal. A case of bottled water should cost about $4, not one bottle. Save money on drinks by bringing your own and be sure to bring plenty, because it will get hot.

Save lots of money on lodging! Do you need to stay in a hotel room every night? That will get expensive after about nine or ten nights on the road, which is about the norm for a long hauler. If you already own a tent, consider camping out for a few of those nights and save major bucks! If you want to buy a tent and make it pay for itself, camp out for at least three nights. I spoke to one long hauler this year, who I've run into at campsites multiple times and he indicated everyone in his group pitched in $25 for lodging for the entire trip!

That group stayed at some friends houses along the route and tent camped the rest. For some folks, that can be a savings of nearly $1,000, just on hotel rooms! Personally, I don't find that too appealing, so I only try to camp out two or three times during the trip and mix up the days. I have found KOA campgrounds to be consistently good in their facilities and oftentimes better than RV parks for tent campers.

Some RV parks don't offer any tent camping and others discourage it, by offering limited amenities- sites with no fire rings or electric hook-ups, long walks to the showers, etc... They'll basically take your $20 and let you pitch a tent on their lawn. It'll do for a night, but KOA will typically offer sites with electricity and free wifi for about the same price. They're rarely sold out too. A friend of mine booked a cabin at the Muskegon KOA for about $50 the day of Power Tour, when every hotel within 50 miles was sold out.

Pack smart. If you're running the long haul in a station wagon, you'll probably have plenty of room to bring all kinds of stuff. The opposite end of the spectrum would be a car like a '73 Corvette. Many hotels have washers and dryers, which allows you to pack half of what you think you'll need. There will also be a few opportunities to receive free t-shirts along the way and if you can't find any, there are always vendors willing to sell you one. Some racers in the One Lap of America even plan ahead by bringing old clothes they plan on throwing out after using, so they get more space as the trip goes on. That can work on Power Tour too.

Be ready for traffic jams. These are almost unavoidable on Power Tour, whether they are at the venue or along the route. You can minimize your exposure to them by showing up early or leaving late. Power Tour always has at least two routes to each venue- the official route and the most-direct route, which are never the same. If you want to soak in the entire experience, avoid the official morning meeting spot traffic jam and leave a little bit ahead of the group. If there are route changes, they will usually be announced the night before or can easily be tracked down by asking one of your friends, who was at the morning meeting.

If you want to mix up your routes, I suggest running the direct route on the longer transit days and the official route on the shorter trips. With traffic jams, you could spend up to seven hours in your car on a long transit day, which diminishes the fun factor significantly.

Bring a camera and plenty of film/memory. I sat at the entrance to the Milford Proving Grounds for less than two hours and managed to take pictures of more than 800 cars entering the venue. You may be more selective in what you want to capture, but video takes a lot of memory, so it's better to have too much, because it doesn't take much space in your vehicle.

Eat locally. The famous automotive journalist, Peter Egan, has a great rule for roadtrips- don't eat anywhere you could eat at home. Power Tour crowds tend to stick to chain restaurants, which can result in even more waiting, as everyone leaves the venues at roughly the same time to seek out food. You'd be surprised how easy it is to get reasonably-priced and delicious food, by avoiding franchised restaurants. This also helps spread out the economic impact of Power Tour, which creates more allies when Power Tour tries to find future venues.

I'm sure I'll think of more nuggets of Power Tour wisdom, but those should suffice for now. Get your car and yourself ready, get out there and have some fun! 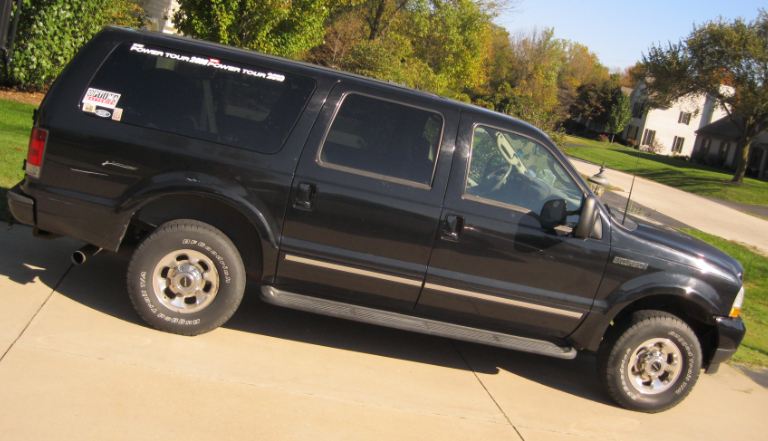 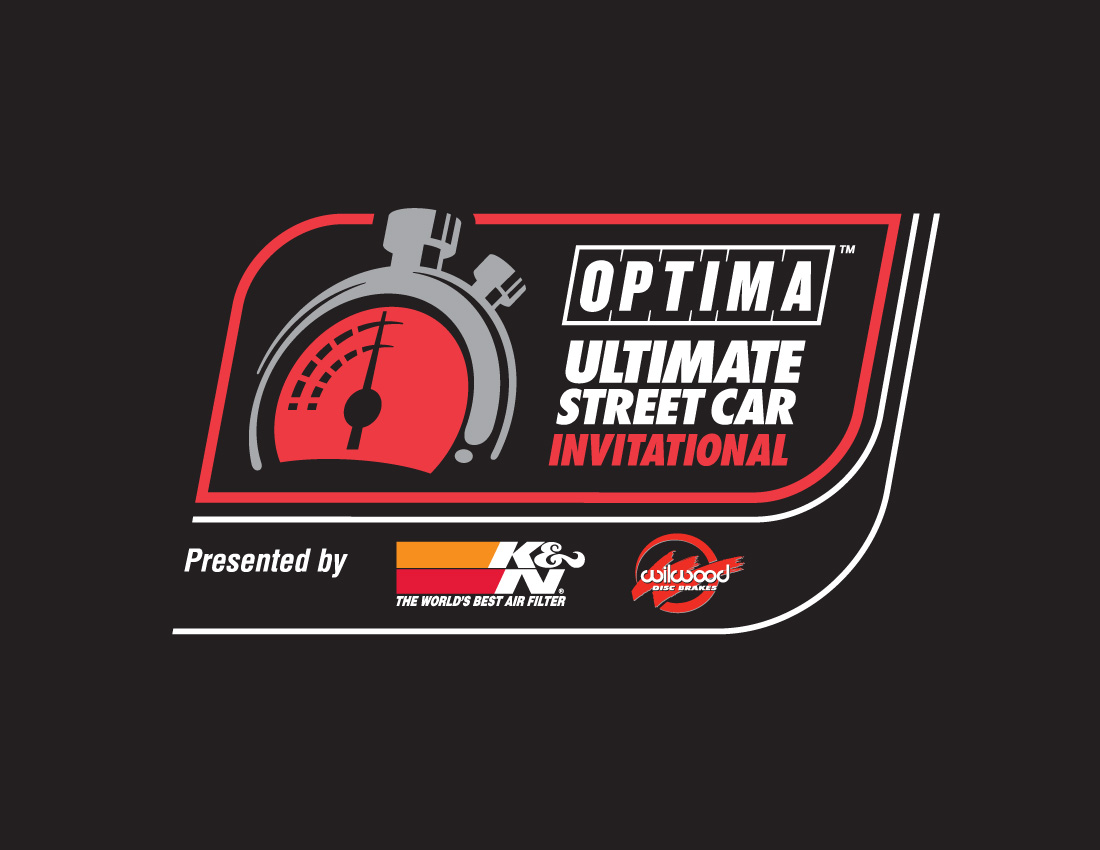