Big Bad Nitro Daddy Sets Another Record on the Salt! 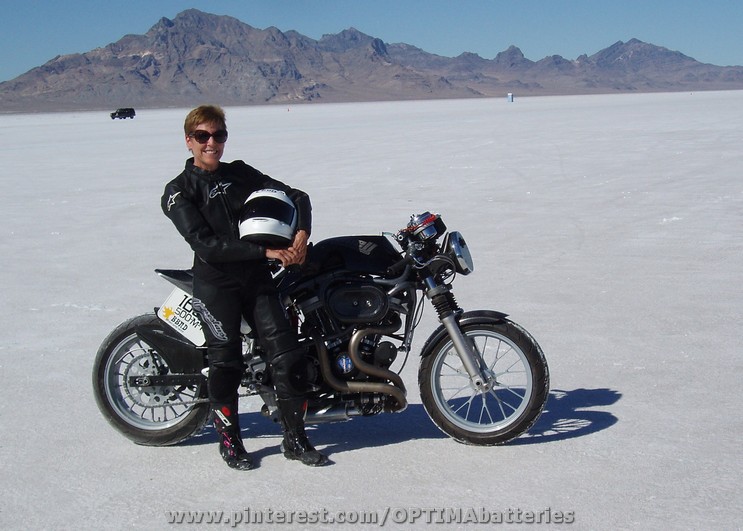 Team Big Bad Nitro Daddy made its second appearance on the Bonneville Salt Flats at the 2012 BUB Motorcycle Speed Trials with a stable of three motorcycles designed to run on Nitro Methane: a Suzuki Hayabusa which employs an OPTIMA YELLOWTOP battery under the hump, and a Buell 500cc V-Twin and an Aprilia RS-50, each of which run a total loss system, replenished after each run down the salt by a dedicated OPTIMA battery. Last year, Big Bad Nitro Daddy set new FIM world records of over 81mph with the 50cc Aprilia.

While the Suzuki and Aprilia did not set new records this year, the innovative 500cc V-Twin Buell achieved new AMA records for its class, pending verification. OPTIMABatteries are an integral part of the race bikes, as well as a critical component of the service vehicles and we're glad to partner with Big Bad Nitro Daddy in their land speed racing endeavors.