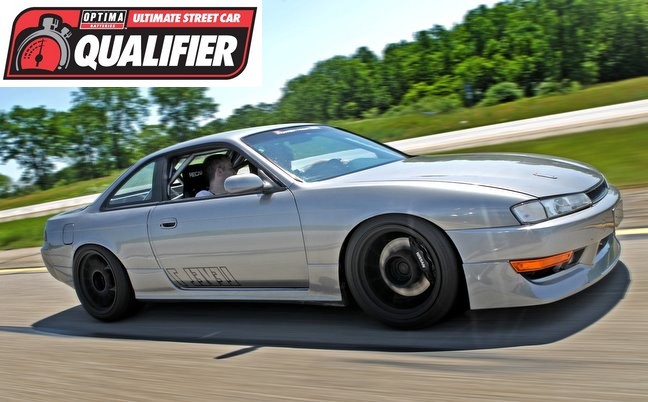 We first spotted Jesse Vaughn's '97 Nissan 240 SX at the autocross during the Hot Rod Magazine Power Tour stop at Muskegon, Michigan last June. As soon as Jesse spotted us, he made sure we knew his goal was to get into the 2012 OPTIMA Ultimate Street Car Invitational, presented by Royal Purple and KN.

While his car appeared clean from the outside, it was clear that the project had just come together in enough time for Jesse to get it out on Power Tour, with the interior being a bit spartan. The car itself is a bit of an unusual combination outside of drift circles, as Jesse has taken the S14 platform and transplanted GM's finest- the LS1, into the engine compartment.

Jesse didn't go through the trouble of swapping in the modern V8, only to toss in a stock engine. The LS1 in Jesse's ride is now good for 418 horsepower at the wheels, thanks in part to a heads cam upgrade, as well as 10.7:1 JE Pistons, a FAST intake and throttle body and tuning by HP Tuners. The suspension has also been upgraded with Stance coilovers and the braking has received significant improvements, thanks to Brembo calipers, Powerslot rotors and Hawk pads.

The new engine also required a custom three-inch exaust system, capped by dual Magnaflow mufflers. One of the ideas behind the LS-swap into the Nissan was to get big horsepower in a lightweight package. The horsepower objective has obviously been met and with a curb weight of about 2,800 pounds, we'd say Jesse is right on target there as well.

The questions remaining focus on how Vauhn's car will handle the rigors of the OUSCI. Any car roadworthy enough to run the Power Tour Long Haul and cap that off with the OPTIMA Faceoff at Arlington, has proven it's mettle and should be able to pick up points in the Detroit Speed Engineering/JRI Shocks road rally.

Jesse understands his garage-built vehicle is not on the same level as many of the high-dollar, purpose-built street cars that find their way into the OUSCI field. When we saw the car in June, it didn't even have much of an interior in it, yet Jesse has had plenty of time to address that issue and others. Questions do remain as to how much credit he'll be given by the judges in the Lingenfelter Performance Design Challenge for his late-model project.

While Jesse knows his car's light weight, big brakes and great tires will all help him in the Wilwood Speed Stop Challenge, he is lacking ABS, which somewhat negates the benefit of running a newer vehicle.

The RideTech autocross will only be Jesse's third such competition, but he is confident it will be up to the task.

Jesse's real focus in building this car was to put it on a road course and we could tell he is excited about the trip to Spring Mountain. If you'd like to see another backyard builder take on the big boys at the 2012 OUSCI, buy your tickets today! 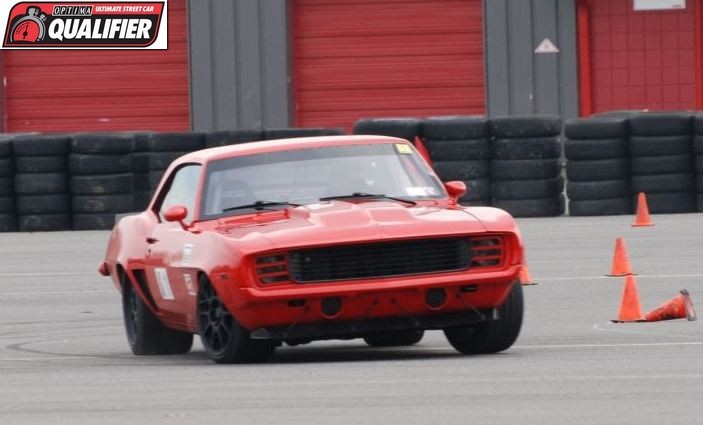