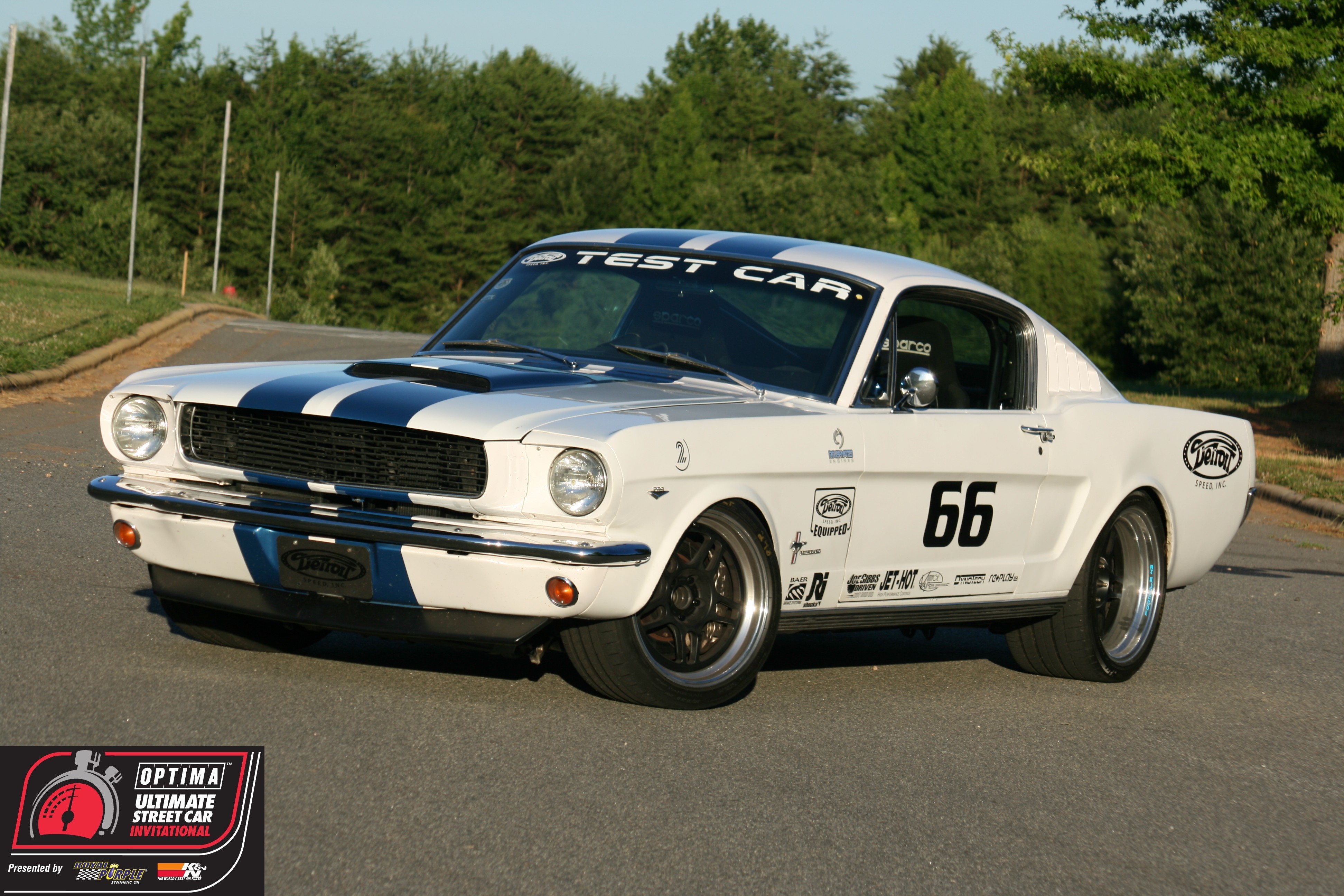 We're just a week away from the beginning of the 2012 SEMA Show, which is essentially the end of last-minute modifications and changes competitors will be able to make, prior to the 2012 OPTIMA Ultimate Street Car Invitational, presented by Royal Purple and KN. In the past few days, we've heard reports that Pedro Gonzalez's suspension was totally taken apart, Steven Rupp is looking to replace his axle and Chris Smith is looking at some major repair to his engine.

One has to wonder with so much on the line and time being so short, what the actual state is of the vehicles already selected to compete in the 2012 OUSCI. We know Cole Quinnell's Chevelle is already making it's way across the country, following the route of Route 66 and Brian Davis' Trans Am is already in Las Vegas, armed and ready. We would safely place Ryan Matthews' entry in that latter group, as this car will be coming from a shop that is extremely familiar with this event. The fact that this car has more than 5,000 RD miles under it's belt speaks to the level of preparation Detroit Speed Engineering now puts into their entries in the OUSCI.

Even though Ryan will be driving a blue oval entry, his Mustang represents DSE's latest and greatest offerings- a company familiar to OUSCI fans for their F-body entries in past events. Power comes from a Roush/Yates-built, fuel-injected Boss 302, generating 575 horsepower. When combined with a curb weight of 3,380 pounds, the Mustang is easily capable of laying down mid-12 second passes in the quarter mile, but how will that power and speed translate to the OUSCI?

We asked Ryan how he thought he would fare in the various events and he indicated right away, that the Mustang was very streetable and easy to drive, making the Detroit Speed Engineering/JRI Shocks road rally a cinch to complete. Matthews also indicated the Mustang is very innovative and represents several "firsts" in the industry.

The Mustang has served as a rolling test bed for DSE's latest products, including the new DSE Aluma-Frame suspension, subframe connectors, deep tubs, as well as their new QUADRALink™ rear suspension. The challenge for DSE is whether the judges in the Lingenfelter Performance Design Challenge will pick up on so many of their innovative features, that can be either subtle to notice at a glance or hidden underneath the body.

The perfect combination of power, traction, weight and braking ability is key to success in the Wilwood Disc Brakes Speed Stop Challenge and Ryan acknowledges that the Mustang's relatively-light weight will help, but also concedes that even at 575 horsepower, there are several competitors well north of that mark. Either way, Baer 6R calipers will surely make a difference when it comes time to stop.

Matthews knows any horsepower advantages evident on the road course or the speed stop challenge are diminished in the RideTech autocross, where handling is at a premium and he expects the Mustang to shine here. While Ryan's Mustang may not be able to match the top speed of some of the other competitors in the BFGoodrich Hot Lap Challenge, it does have the benefit of a well-sorted out combination and the reliability of a powerplant built by two of the most-respected names in the industry in Roush and Yates.

At the end of the day, a winner will emerge from those left standing, but you need to be standing on your feet to be in the hunt. Last year's winner, Danny Popp, came perilously close to losing his title due to a brake issue that showed the fine line between pushing the limits of a vehicle and keeping it running through every event. We have a great deal of confidence that Matthews will be running and running strong at the end of the day. The question is, will he have enough for the rest of the field and will the rest of the field push their cars too far before making it to the finish?

Buy your tickets to the 2012 OUSCI and you'll see it all unfold. Please click on the Facebook Share button below, if you think Ryan's Mustang is a top contender. 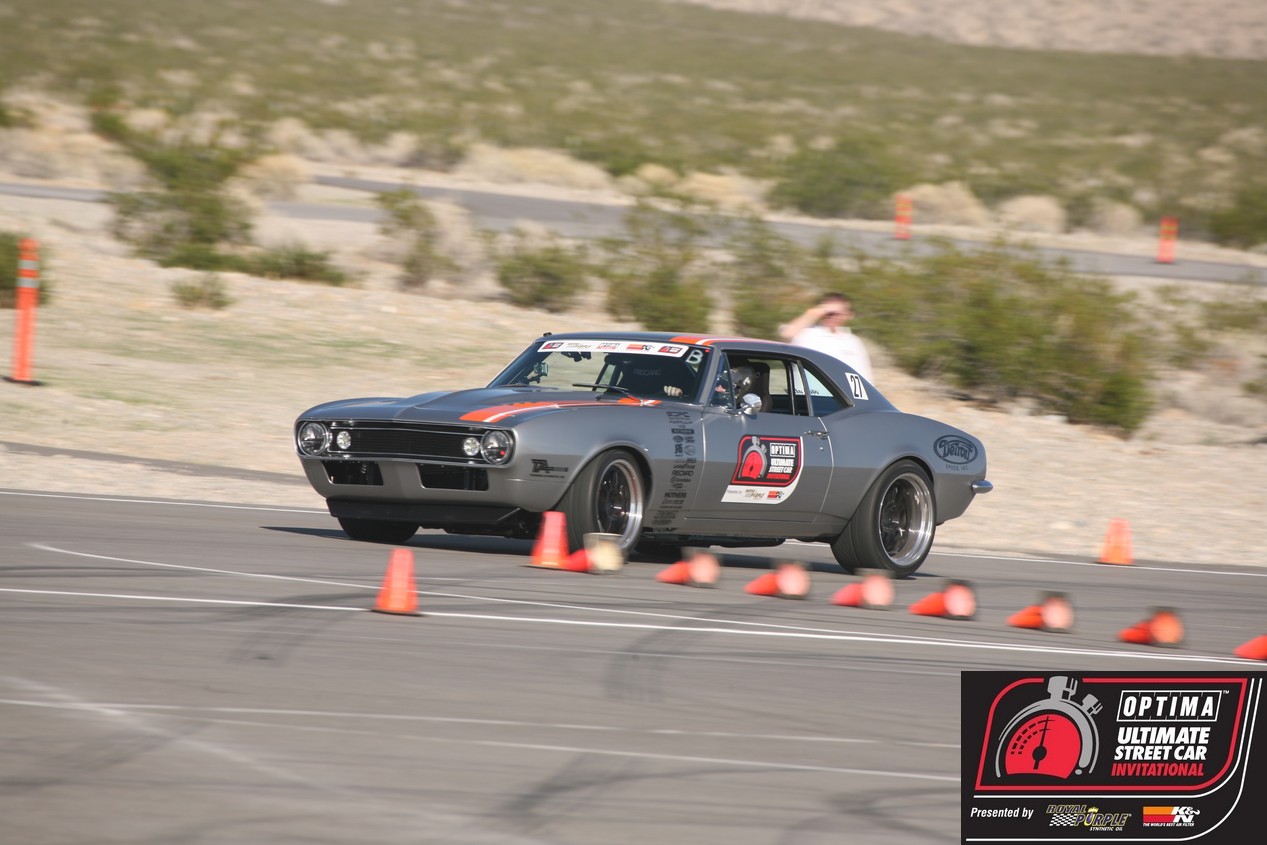