Start/Stop Technology is coming. Are you ready? 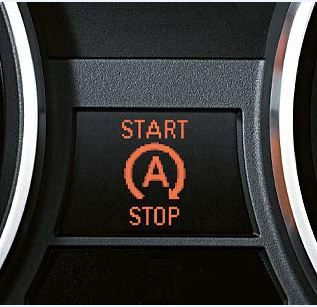 Start/Stop technology. Have you heard of it? If you've ever played 18 holes of golf, there's a good chance you've already used it. Start/stop technology basically means that when a vehicle's engine comes to idle and/or a complete stop, the engine shuts off- just like your gas-powered golf cart does when you leave it to go hunt for your wayard tee shot that landed in poison ivy-invested woods.

Many experts believe electric-powered vehicles are the future of the auto industry, but many of those same experts also believe consumers (at least those in the USA) aren't quite ready to embrace that technology yet. As a result, other transitional technologies have made their way into the marketplace, like gas/electric hybrids. Start/stop technology is another technology automakers are now using to help improve the fuel economy of their new vehicles.

This is not a new idea. In fact, automakers have been working on it for decades. Currently, about three million cars are produced each year with start/stop technology, although most of them find their way to the European market. However, Johnson Controls, Inc., the parent company of OPTIMA® Batteries, Inc., predicts that number will increase ten-fold by 2015 and could account for 40% of the market in the United States.

Already next year, the Ford Fusion, Buick LaCrosse, Kia Rio and Chevrolet Malibu will offer the technology here in the US, as well as some BMW models. So what does that mean to you as a consumer or to us as a battery manufacturer?  It means more AGM (absorbed glass-mat) batteries and fewer of the traditional "flooded" batteries.

Because start/stop vehicles start their engines so many more times than a tradtional vehicle, they need a more robust battery, capable of handling the increased demands of those systems, not to mention the already increasing electrical demands that come in the form of integrated satellite navigation and radio systems, car alarms and even video systems, which can be found in many new cars and trucks.  AGM batteries are an inherently superior design, when compared to their flooded counterparts. They can perform better, last longer and are easier and safer to mount in a variety of locations, including the trunk or interior of many newer vehicles.

It is rare that I type in the first person on this blog, but in this instance I want to explain what I do on hundreds of message boards and forums around the Internet. While my presence and participation is often viewed as someone trying to sell batteries, that is actually not the case. In most instances, I only participate when someone who already has one of our products needs assistance. Some may generally characterize it as "brand evangelism," but I see it as "technology evangelism."

In the majority of the conversations I am involved in, it isn't about OPTIMA versus another brand, it's about understanding AGM technology that is present in our batteries and an increasing number of other batteries.  AGM batteries have very low internal resistance, which allows them to accept and receive tremendous amounts of current in very short periods of time. However, that very low internal resistance also allows them to keep delivering current well beyond their specified ratings.

That is great news for our tournament anglers, who depend on their BLUETOP® batteries to keep working until the end of the day, season after season, but that can be problematic for some vehicle owners, who have high key-off loads or parasitic draws and/or don't drive their vehicles very often. In those vehicles, AGM batteries (OPTIMA or any other) will continue to deliver current to all the accessories that are requesting it, whether that is a glowing dolphin plugged into a cigarette lighter or a satellite-based car alarm, that is constantly monitoring the vehicle and it's whereabouts.

If the vehicle isn't driven often enough or for long enough periods of time, the charging system won't be able to maintain proper voltage levels in the battery and it will eventually become discharged. In the case of AGM batteries, the low internal resistance can allow them to get deeply-discharged.  When that happens, many traditional battery chargers will not measure enough voltage in a battery and not deliver current as a result.

The logic behind this is that each cell in a 12-volt battery accounts for about 2.1 volts. If a charger measures battery voltage and finds a battery discharged below a minimum voltage threshold (usually around 10.5 volts), it assumes the battery has a failed cell and will not attempt to charge it. What that very rudimentary system doesn't take into account is that many AGM batteries can become discharged well into the single digits and still be recovered.

The OPTIMA Digital 1200 battery charger will attempt to charge batteries that have been discharged all the way down to 1.25 volts, but many standard battery chargers do not have that capability. These old-fashioned chargers can still be used to recover a deeply-discharged battery, but they need to have another battery with good voltage wired in parallel, to fool them into delivering current to their deeply-discharged battery.

The bottom line is that an issue once limited primarily to aftermarket high-performance batteries will become increasingly commonplace in vehicles equipped from the factory with AGM batteries. How can you prepare yourself? Make battery maintenance a regular part of the maintenance of your vehicle.

Just as you might check the air pressure in your tires, check the voltage in your battery. Fully-charged, our REDTOP® batteries (and the 34M BLUETOP) will measure about 12.6-12.8 volts and our YELLOWTOP®  BLUETOP batteries (except the 34M) will measure about 13.0-13.2 volts. Whenever any battery is discharged below 12.4 volts and allowed to sit in that state, sulfation will begin to form in the battery, which diminishes both performance and lifespan. Keep your battery fully-maintained whenever possible and you will maximize both it's performance and lifespan.

Does OPTIMA® Make a Motorcycle Battery?

One of our most-frequently asked questions is if OPTIMA makes a motorcycle battery. W… Read More

How Many Volts is a Honda Civic Battery?

Although often ignored, the reserve capacity of a battery can be an important factor … Read More