Two words might best describe Herb Stuart's 1968 Mercury Cougar- extremely consistent. In the mix of cars and drivers that make up the OPTIMA Ultimate Street Car Invitational, presented by Royal Purple and KN, Stuart's car and story are as good as it gets.

Stuart is a school teacher from Wisconsin, whose home-built Cougar picked up a Spirit of the Event invitation to the 2012 OUSCI at the OPTIMA Faceoff at Road America. In the field of cars ranging from "budget builds" to "budgetless builds," Stuart's car falls closer to the budget end of things, but you wouldn't know it by the quality of the build or fit and finish.

While Camaros and Mustangs dominate not only the OUSCI field, but car shows and cruise nights from coast to coast, Herb took the road less-traveled, by selecting a Mercury Cougar. He was not one of the fastest or one of the slowest cars in the field, but he was consistent, finishing no higher than 29th and no lower than 31st out of 52 cars in any competition except the Detroit Speed/JRI Shocks road rally, where he picked up the maximum 10 points available.

Stuart noticed there were OUSCI competitors who took the event very seriously, but Herb was one of many who preferred instead to take in the event, fully-enjoying the experience and the company of his fellow competitors. It was a testament to Stuart's work that the only issue that popped up during the weekend was a squeaking serpentine tensioner pulley on his bored stroked '99 Cobra DOHC engine and that was easily swapped out Saturday morning.

"A lot more horsepower" was on the very short list of things Herb would've done differently, but he seemed very pleased with his day and we were glad to have him as part of our event. Herb was pleasantly surprised by the camaraderie he experienced at the event and while he was impressed with all the competitor vehicles, Herb has a preference for those that seem more street-friendly, with Dan Howe's 1984 Monte Carlo and Zeke Peterson's 2002 VW Beetle among his favorites.

Herb is very appreciative of those who helped make his trip possible, including those who joined him on the adventure- Rick Northrop, Gene Hoelter, Tom Hansen and Mark Geiger, as well as those who stayed behind, specifically Curt Boehm, who taught his Tech Ed class while he was gone. Stuart is also thankful for his sponsors, including Ron Morris Performance, Summit Racing, the Northwoods Shelby Club and OUSCI sponsor, Wilwood Disc Brakes. 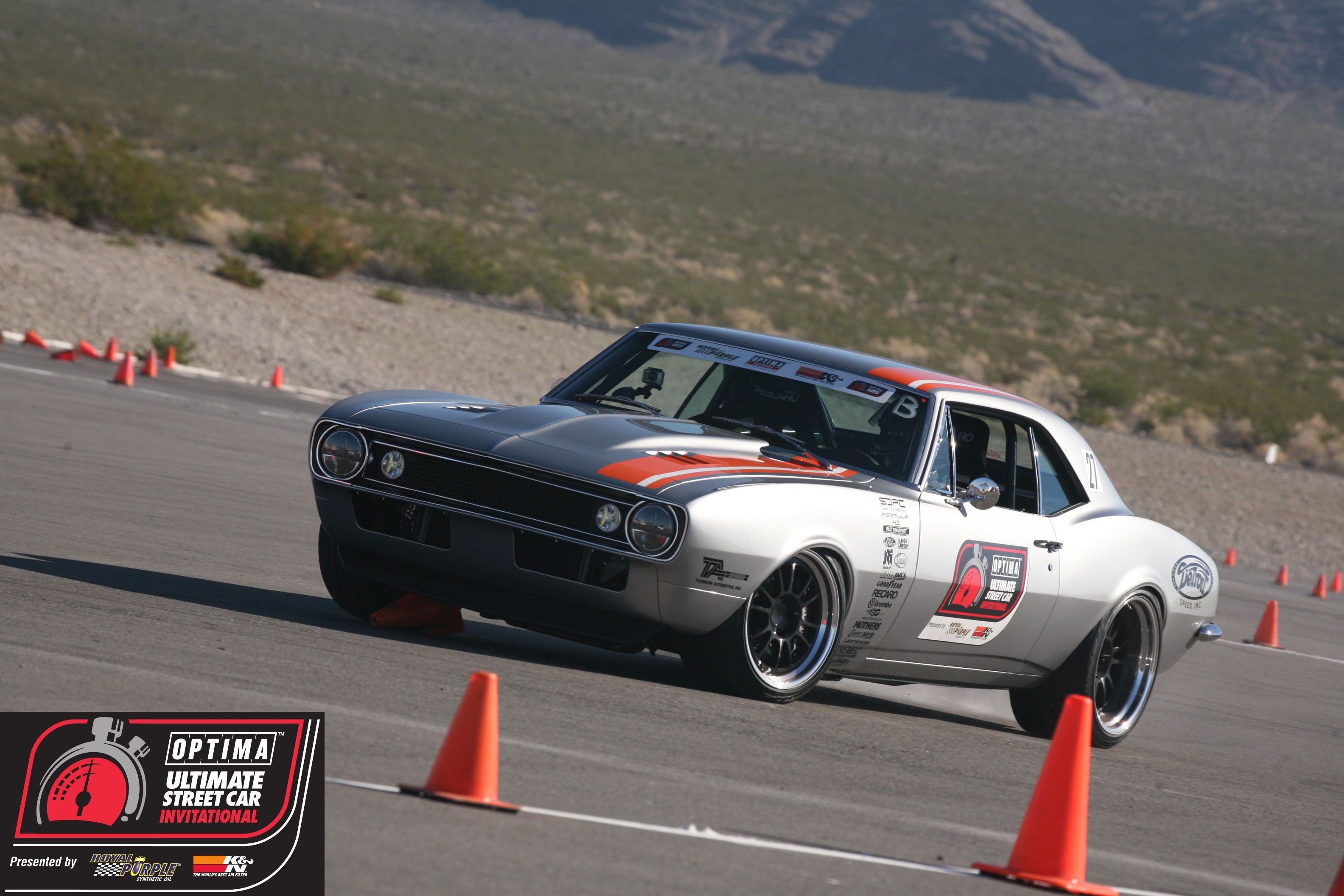