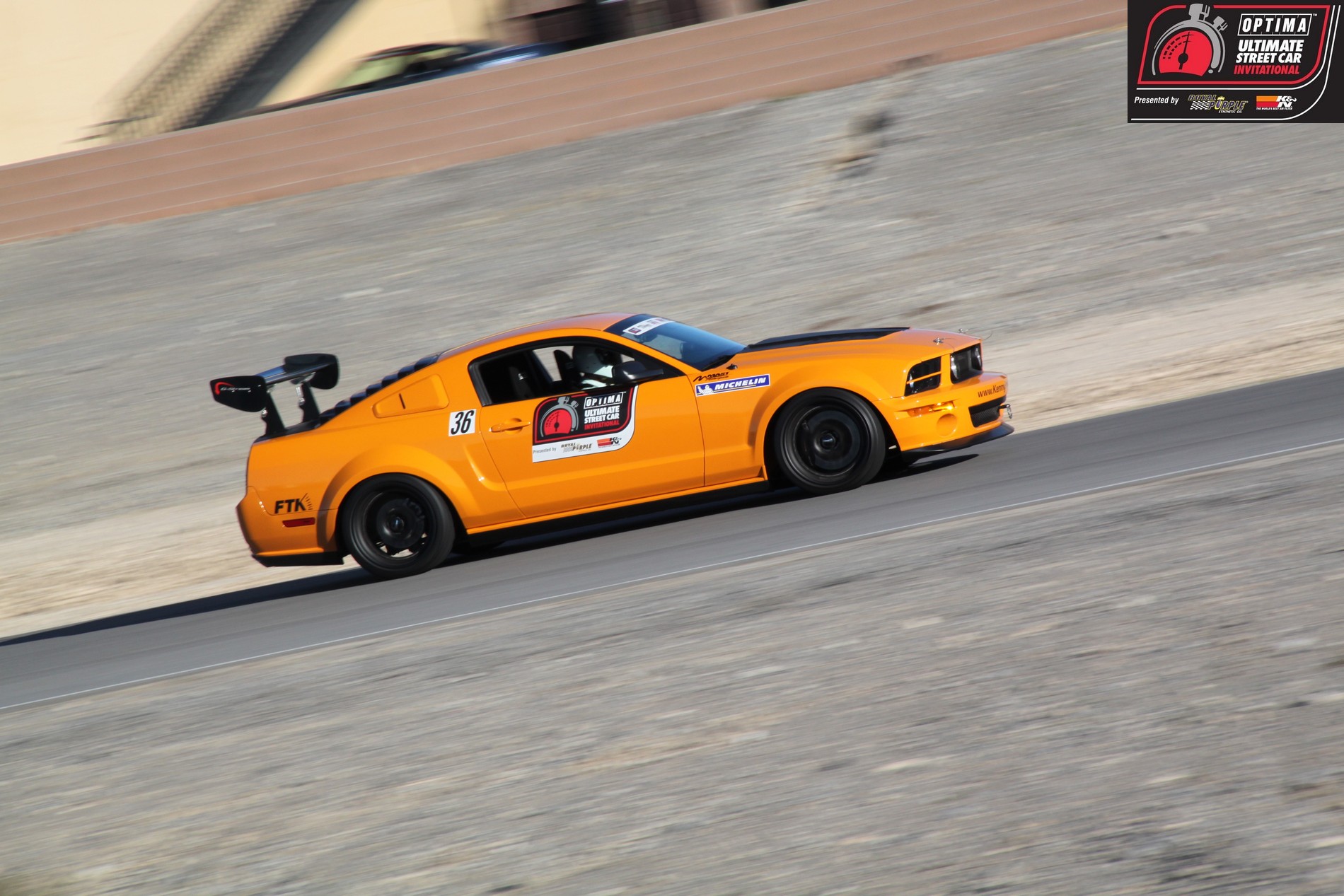 Karl Dunn is no stranger to track events or the OPTIMA Ultimate Street Car Invitational, presented by Royal Purple and KN. He regularly participates in competitive track events every year and came to the OUSCI the last two years as a spectator. He knows the competitors, he knows the event, but the question always loomed of how he would handle himself and his car, if he was invited to compete.

This year, he was able to answer that question, having been selected at the Run to the Alamo qualifying event back in February. As one of the earliest invitees, Karl had a distinct advantage of being able to either dial-in his current setup or make dramatic changes and still have plenty of time to get things where he wanted them. As it turned out, both happened...sort of.

Karl tweaked and tuned his Mustang all year long, getting it faster with each event. However, he pushed the envelope too far three weeks prior to the OUSCI and broke his mod motor at the Return to the Coast event. That tabled his plans to add forced induction and sent him scrambling for a solution. Karl didn't think he'd be able to get the mod motor fixed in time, so he did what many in the blue oval camp consider the unthinkable- he bought a Chevy crate motor.

Mast Motorsports had a 416 cubic-inch LS3 on a shelf and they shipped it off to Karl. If he had it to do over again, Karl says he probably would've done the engine swap in the first place, leaving him at least two months to test out the new combination. As it turned out, that didn't happen, so Karl showed up in Vegas with his fingers crossed.

Karl knew the field better than most, having competed against many of these drivers at past events. With that knowledge, he knew there were eight cars in the field that were consistently faster than him all year. He also knew several of the trucks had done well at previous events and seemed to be carrying some momentum. Finally, Karl expected a couple of unknown drivers to outpace him, namely Dr. Mark Capener and his Lamborghini Gallardo.

As always seems to be the case at the OUSCI, some of the faster cars had issues, while others ran faster than expected. When the dust settled, Karl finished in a three-way tie for seventh place overall, much better than the 10-15th place finish he predicted. His finish was reflective of the fact that he finished no higher than sixth and no lower than eighth in any of the on-track events.

The only issue Dunn had during the event came in the BF Goodrich Hot Lap Challenge, when the vacuum pump quit working and overpressurized the motor, causing some oil leaks and a loss of horsepower. Even with that issue, Karl's best time was less than a second off the top-five.

Karl came away very impressed with his fellow competitors and their cars. Typically when he attends competitive track events, there are only about five cars who are serious about winning. At the OUSCI, Karl felt like everyone was gunning for the top spot. Walking the car corral and looking at the competition, Karl almost psyched himself out before the event even started, wondering how his Mustang would be able to compete with all those other incredible machines.

Karl told us the cars were so impressive, he could've written about any of them, but he chose two-time OUSCI Champion, Mark Stielow and his 1967 Mayhem Camaro. "Mark not only built a fantastic driver's car, he built one that could impress the judges in the Lingenfelter Performance Design Challenge," says Dunn. "He built it in only six months, tweaked it for a month, came out and won the OUSCI. That car is wickedly fast, handles great and looks awesome."

Even with that praise and his own success at the OUSCI, Dunn cautions others not to follow his path or Stielow's in preparing for the event. "Finish your car at least six months before the OUSCI," says Karl. "Test, tune, practice and race until you've got everything on the car and you sorted out and dialed in. Then resist the urge and don't change a thing before the race and HAVE FUN!" 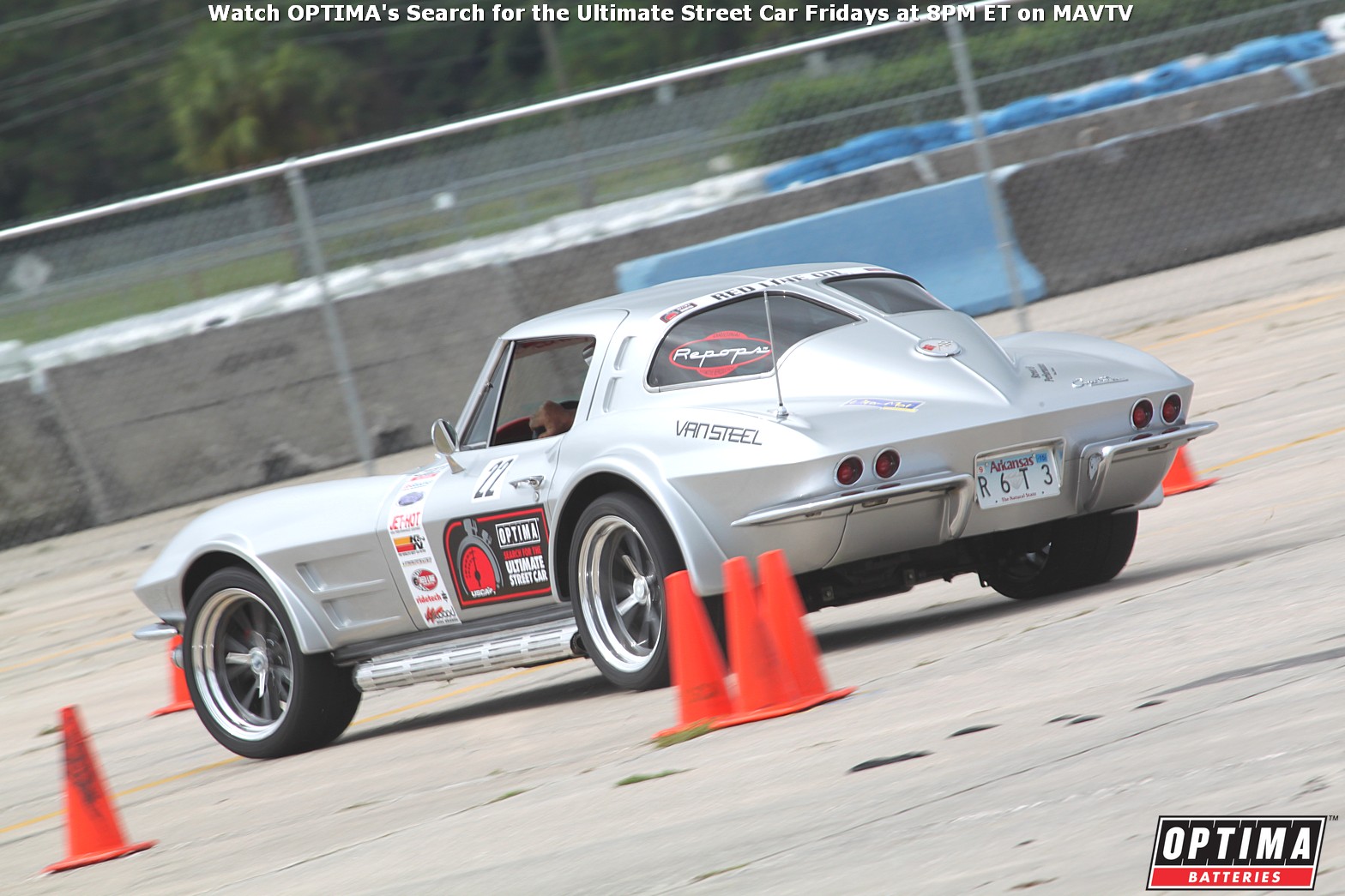