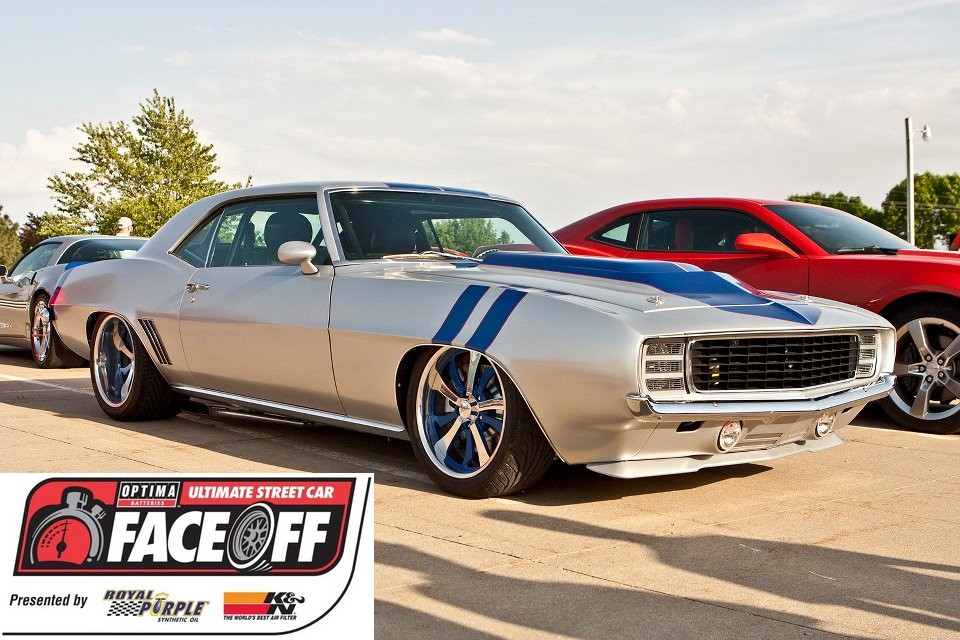 If you follow the Pro-Touring scene pretty closely, but the name Craig Johnson doesn't ring a bell, get ready to have your bell rung. Craig builds cars with his father, out of their shop, Custom Auto Rebuilders, out of Marion, Iowa. Craig won't call himself a rich car builder or a big name in the business, but folks have already taken notice of his handiwork, as Craig's 1969 Camaro was selected as a finalist for the 2012 Goodguys Muscle Machine of the Year.

One thing we think that makes the Johnsons a great fit for the Faceoff is that their approach to car-building is to make cars that aren't just eye candy, but can truly be enjoyed on the street every day, whether they are street rods or muscle cars. That doesn't mean they aren't perfectionists, in fact, Craig does everything himself, but that they like turning out cars that are more than just garage furniture.

Johnson's competitive driving background began more or less began three autocross events ago, at Goodguys shows last year. With limited track time, he concedes he probably won't be the fastest car at the Faceoff, but he is confident he'll have the biggest grin on his face and will have as much fun as anyone.

The car the Johnsons are bringing is a 1969 Chevy Camaro named "Underdog." Craig tells us every bit of the work done on this car was done in their shop, including lots of custom metal work that still allows the car to maintain the quintessential look of a '69 Camaro. The suspension is all RideTech (one of his newest sponsors), including their new RidePROe3 system and the drivetrain described as a special-tuned, fuel-injected 475 horsepower LS2, backed by a 4L65E transmission. The rearend is a Moser 12-bolt with 4:11 gears and Z06 brakes can be found on all four corners. Wheel afficionados will note the 18-inch bonspeed wheels wrapped in BFGoodrich KBD rubber (255/30 up front and 335/30 in the back).

The car's interior is all custom-made fiberglass, wrapped in leather and expertly tucked around a full custom cage. The F-body also retains the features Johnson likes seeing in any of his street cars, including Vintage Air air conditioning, a Lokar shifter, a custom-wrapped Momo steering wheel, RCI five-point harnesses, and a custom Power Base audio system.

Craig's hard work is starting to pay off, as in addition to his Goodguys finalist nod and RideTech sponsorship, he has also recently picked up sponsorships from Tanks, Yogi's and had his Camaro is being featured in Steele Rubber Products marketing campaign. We're looking forward to having Craig compete in the 2013 Faceoff, but we want to see you out there as well. There is still time remaining to register to compete in the OPTIMA Faceoff, which is a qualifying event for the 2013 OPTIMA Ultimate Street Car Invitational, presented by KN Filters and Royal Purple Synthetic Oil. Just click on this link and sign up today!

2020 SCHEDULE FOR OPTIMA'S SEARCH FOR THE ULTIMATE STREET CAR