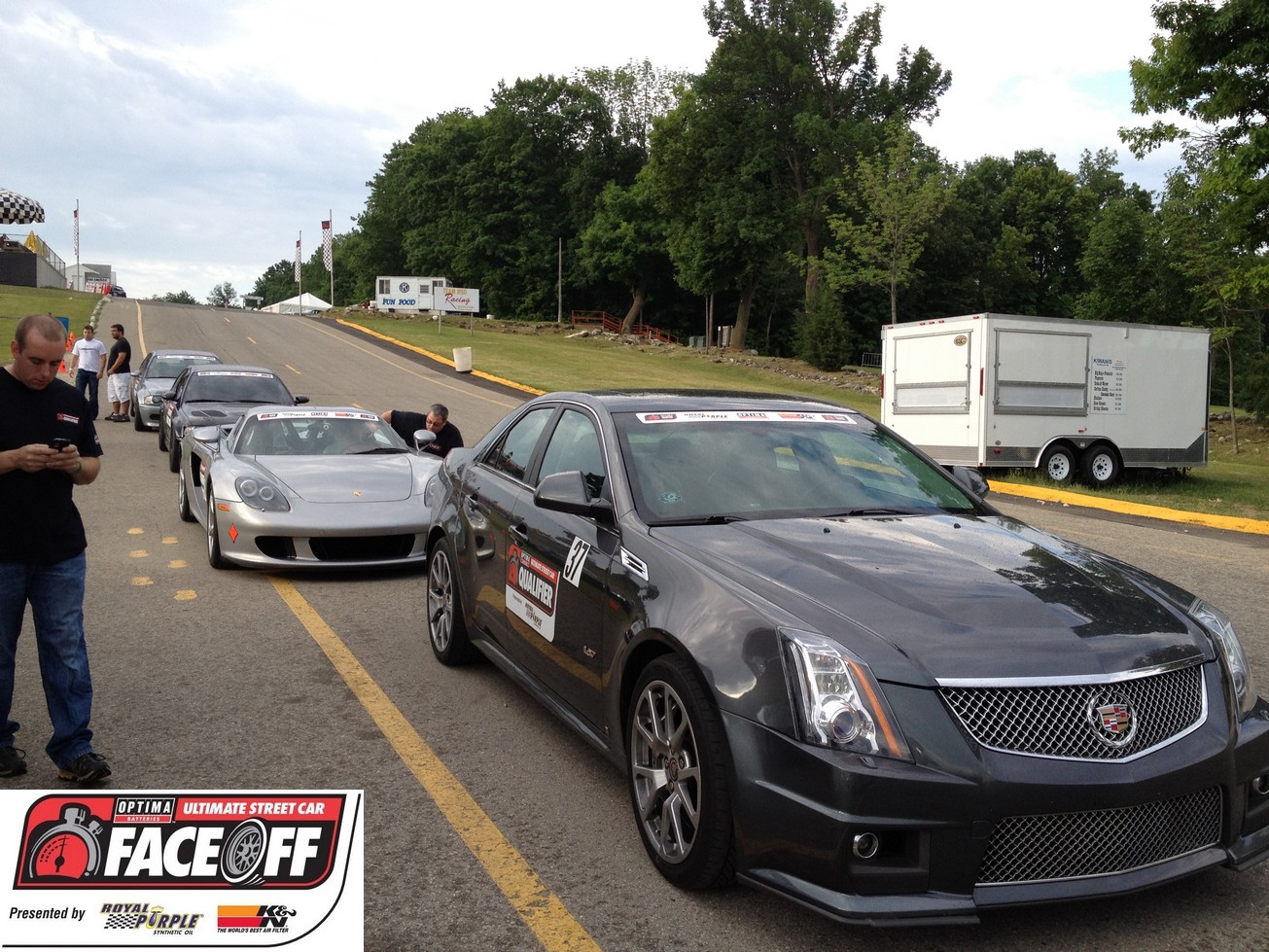 If awards were given out for gutsy performances, Peter Devereaux's 2012 OPTIMA® Faceoff effort would've been near the top of the list. Peter bought his 2009 CTS-V just two weeks prior to the Faceoff and entered the event with no previous experience in competitions of these formats. Peter's unfamiliarity with the events themselves, the track and his newly-acquired CTS-V led to a finish that was not to his liking.

Devereaux notched a top-20 finish in the BF Goodrich Hot Lap Challenge, but failed to score points in any of the other competitive driving events, finishing 27th overall. Not bad for a rookie effort, but Peter knows he can do better and aims to do just that in 2013. Although he intended to perform some upgrades on his 556-horsepower Caddy, those never materialized.

He still has a very potent engine, as well as a very capable set of factory Brembo brakes and grippy Michelin tires, so we expect him to improve significantly on his 2012 numbers. Peter should also serve as a great inspiration to those who may be on the fence about whether or not to participate. Even though he didn't win last year, he had a great time and is ready to head out on the track again and that's what the OPTIMA Faceoff is all about. The Faceoff is about getting out on the track and having a great time with your car, whether it is a heavily-modified vintage musclecar or a brand-new family sedan. We want to see you out there, so sign up today!