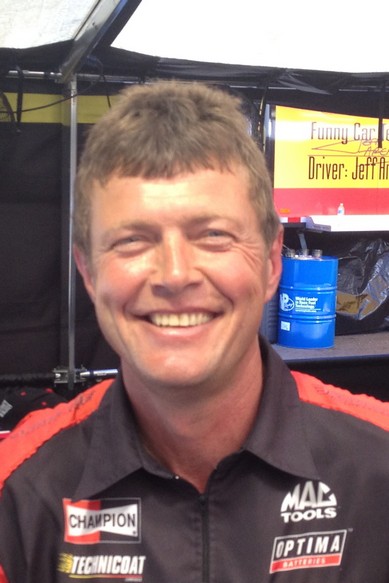 It’s an understatement to say that native Australian David Grubnic, driver of the Candlewood Suites Top Fuel dragster for Kalitta Motorsports, likes racing his 10,000-horsepower dragster at Heartland Park Topeka. The affable fan-favorite enters this weekend’s annual running of the NHRA Kansas Nationals as the track’s defending champion of the quickest and fastest class racing in the NHRA Mello Yello Drag Racing Series, and he has very fond memories of collecting his first career win in the Sunflower State eight years ago.

In 2005, Grubnic, an 18-year Top Fuel veteran, earned his first career victory in Topeka becoming the first racer born outside North America to win an NHRA Top Fuel event. That emotional and historic day for him and his team is still very much emblazoned in his memory, but Grubnic wants to make it clear that his focus now is to get to the winner’s circle at HTP this year to defend his 2012 victory.

“You bet, my first win will always be a memory I cherish, but we have to think in the here and now,” Grubnic, a 50-year old resident of Bozeman, Mont., “Our goal in Topeka, as it is for every event, is to go out and be the No. 1 qualifier and to win the event. Connie (Kalitta, drag racing legend, team owner and crew chief) has been working on a new engine combination for our OPTIMA®-sponsored Candlewood Suites dragster and we think it will give us the edge we need this weekend to defend our title.”

In the world of professional drag racing, Kalitta Motorsports has put the "K" in Kansas for two decades. The legendary team has won the Top Fuel trophy at HPT ten times - Two for Grubnic, one for Doug Kalitta (2006), driver of the Mac Tools Top Fuel dragster, one for Hillary Will (2008, retired), and six for the late Scott Kalitta (1993-1997, the most by any driver in the class).

“I wish I knew exactly why our team has done so well in Topeka,” Grubnic continued. “We have raced here for a long time and have a lot of data, but (atmospheric) conditions change, track preparation varies, and so on. Whatever ‘it’ is, I’m glad we have it and I hope it pays off again.”

Grubnic has garnered three NHRA Top Fuel national event victories so far in his career. Grubnic is known affectionately by his peers and fans as “Grubby”.

If you have salt fever, check out this massive album of images from Bonneville Speedw… Read More