What is the OPTIMA® Faceoff? 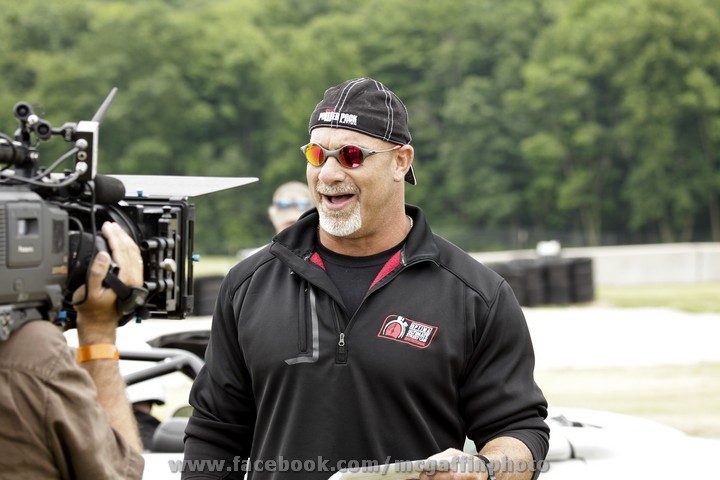 The OPTIMA Faceoff is a qualifying event for the OPTIMA Ultimate Street Car Invitational, presented by Royal Purple KN, but it is much more than that.  It is just about the most fun you can have around cars, whether youn are driving or just spectating.  The Faceoff is really a three-day adventure into the automotive world of OPTIMA Batteries.

The event really starts out on Friday, June 21st, with a car show at OPTIMA's World Headquarters in Glendale, Wisconsin.  That is followed up by a dinner (driver and guest) and social event (bench-racing). Saturday begins with the Detroit Speed Engineering cruise, which includes another meal (driver an guest) and ends at the iconic Road America, where the NASCAR Nationwide Series will be running,  Again, tickets for both a driver and guest are included.  Once the racing on the big track ends, Faceoff drivers will hit the Blain's Farm Fleet go-kart track at Road America for a special evening of good-spirited competition.

Sunday is where the fun really begins, as OPTIMA takes over Road America for the Faceoff competition, which has four components- the Lingenfelter Style Design Competition, the RideTech Autocross, the Wilwood Speed/Stop Challenge and the BF Goodrich Hot Lap Challenge.  Once the events all wrap up, the OUSCI Race Directors will select at least one (probably two) competitors to join us for the 2013 OPTIMA Ultimate Street Car Invitational, which takes place at Spring Mountain Motor Ranch in Pahrump, Nevada, immediately following the SEMA Show, where all OUSCI vehicles will be on display all week long.

Did we also mention the legendary Bill Goldberg will be in attendance all weekend long as our host and we will have a camera crew filming the entire weekend for a TV special that will air later in the year? How can you not want to be a part of all that? Unfortunately, not everyone will be able to participate, because space is limited. While we have plenty of room for spectators, there is a limit of 75 competitors and many have signed up already, including some of the rednecks from RU Faster Than A Redneck?

Do you and your car have what it takes to compete in this event?  Probably.  This is an event for street cars, so just about any street-legal car can enter. The competition is not wheel to wheel, so you don't have to worry about other folks running into your car (or vice versa). There are a few safety requirements- cars must be in good working order, drivers must wear helmets on the track, rollbars are required for convertibles, good tires with a treadwear rating of at least 200 are needed, as well as a securely-mounted fire extinguisher within reach of the driver.

If you'd like to get your car out on a world-class racetrack, compete against world-famous rednecks, hang out with a WWE legend and do it all on TV, sign up today!

BBi Autosport and BimmerWorld are teaming up with OPTIMA® Batteries, the Ultimate Pow… Read More