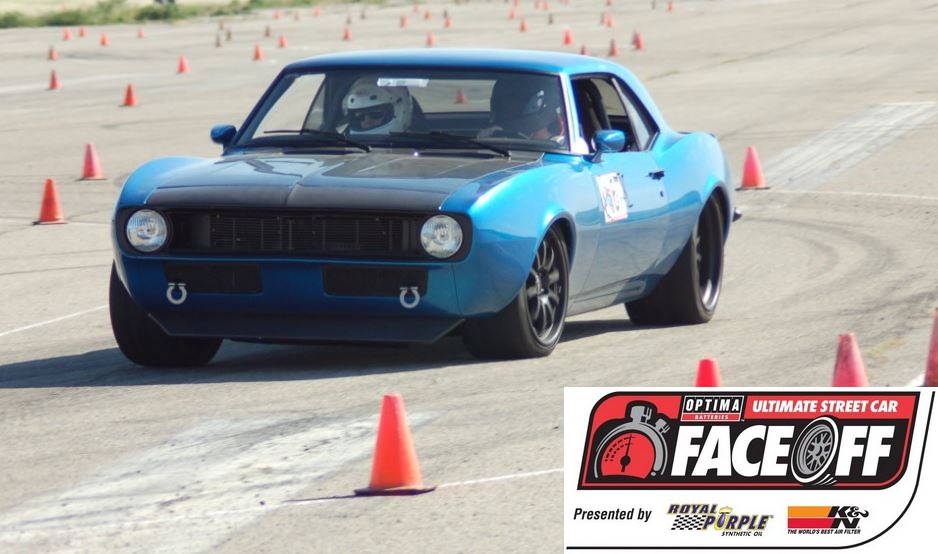 The list of familiar names in the OPTIMA® Faceoff continues, as today we look at the 1968 Chevrolet Camaro, owned by Karl Dunn. Karl competed in the 2012 OUSCI in an LS3-powered Parnelli Jones Edition Ford Mustang, but is attempting to qualify this year in a true bowtie ride. Where has this car been hiding and why are we just seeing it now? Let's start from the beginning.

Karl's first car was a 1972 Dodge Challenger 340 and while all of his friends liked drag racing, Karl always favored the twisties and use to race motocross in his teenage years. Fast forward to the mid-1990s and Karl had a 1978 Datsun 280Z (lowered with a built motor) parked in his garage. The arrival of his son led to the departure of that car in favor of something more practical, but within a few years, Karl had reverted back to his dirtbike roots.

A shoulder injury eventually ended Dunn's two-wheeled ambitions, but he still loved going fast and got back into cars in 2001, when he picked up his dream car, a 1970 Dodge Challenger T/A. Unfortunately, the might Mopar didn't handle like it did in Karl's dreams, so he parted ways with it and replaced it with a 1971 Pontiac Trans Am. Karl drove the Poncho for a few years, but as one can see, we're now moving into the era of Pro-Touring and Karl went that route with the car in 2008- LS7, T56, DSE, all familiar acronyms in the Pro-Touring community.

It was while waiting for the Trans Am to be completed, that Karl started looking for something else to drive, which is how he ended up with the Parnelli Mustang, working up the nerve to compete in the Midwest Muscle Car Challenge. That was pretty much all it took. Karl was hooked, although the 1972 model year cutoff prevented him from doing any additional events in 2010. In 2011, he did about six races and then notched it up to eight events in 2012, culminating with a trip to the SEMA Show and the OUSCI.

We're not sure whatever became of the Pontiac, but we do know OUSCI champions Steven Rupp Mark Stielow's Camaros both caught Dunn's attention and he wanted to follow suit, combining the best ideas from both of them. Karl noticed a post about fender stretching that Cris Gonzalez had made on Lateral-G.net and soon JCG Restorations and Customs was tasked with building a '68 Camaro for Dunn.

They took the '68 body style, lines and stance from Rupp's "Bad Penny" Camaro and combined it with the modern LS7 engine and DSE suspension from Stielow's "X" Camaro, along with Cris's fender stretching for wider rubber. Rupp actually came up with the name "Blu Balz" because of the blue color and the fact that Dunn had been waiting so long for one of his Pro-Touring projects to actually be completed.

Blu has a QMP-built motor, that made 549 horsepower at the wheels and is mated to a T56 transmission. True to their intent, Detroit Speed Engineering's front subframe and rear Quadra-link suspension are now on the car, as well as Wilwood brakes, 19-inch Forgeline ZX3R wheels, Michelin Pilot Super Sport tires and a GMR floater rear end. Another goal has been to reduce and better distribute weight, so an Anvil Carbon fiber hood and valance was added and Fab 53 fiberglass inner fenders, along with some custom carbon fiber front fenders. Keenly aware of the importance of the Lingenfelter Performance Design Challenge, Gonzalez's custom fabrication is interwoven throughout the car, trying to pick up as many points as possible.

Karl was actually set to run this '68 Camaro at the Run To The Alamo qualifier last year, but Cris caught the flu and was unable to make the trip. Dunn instead made the trip down from Tennessee in his Mustang and ended up getting the invite in that car. Karl thinks it was fate that he ended up getting invited in the Mustang, because he felt he really needed more practice in a car that was easier to drive

The first time that he drove Blu was in the autocross at Mopars At The Strip. He didn't have what he felt was a lot of autocrossing experience, so he asked Brian Hobaugh to come along as the second driver and give him some pointers. The only car Karl had driven at speed up to that point, was the Parnelli Mustang, which made about 200 horsepower less than the blue Camaro and Dunn had wondered what that additional power fould feel like. Nerves took hold of him when he saw the tight autocross course and concrete barricades. However, after Hobaugh Karl around for a few laps, his confidence grew.

Dunn has now run Blu at Mopars at the Strip, The Midwest Muscle Car Challenge, The Motor State Challenge, Return to the Coast, DSE Summer Slam, and the Heidt's Performance Car Challenge, where the Camaro has been fairly competitive. Winning those events is nice, but Blu was built with the OUSCI in mind as the ultimate goal. In order to make that happen, Karl has been continuously racing, breaking, and improving the car to make it more competitive with the top cars in Pro-Touring, which he tells us is no easy task.

Karl is really excited about getting the chance to run at the OPTIMA Faceoff at Road America this year, considering it a bucket list track with all the elevation changes and storied racing history. There's only one reason why you can't join him on one of the world's greatest tracks- because you haven't signed up yet. There are a few slots left, so make sure you register for the OPTIMA Faceoff today! 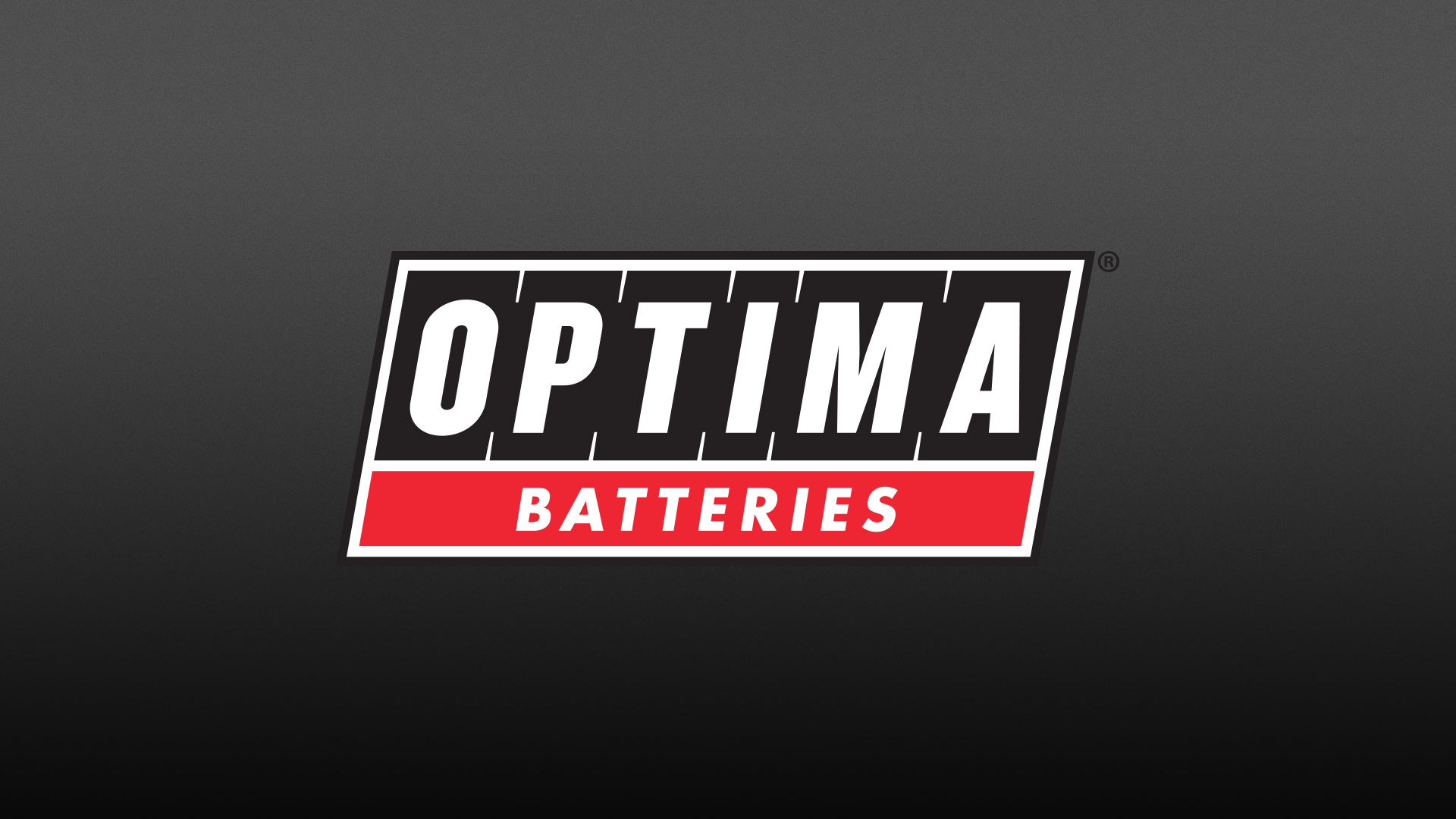 OPTIMA's 2017 Search for the Ultimate Street Car- The Final Countdown