Catching up with Robert McGaffin & His 1965 Oldsmobile 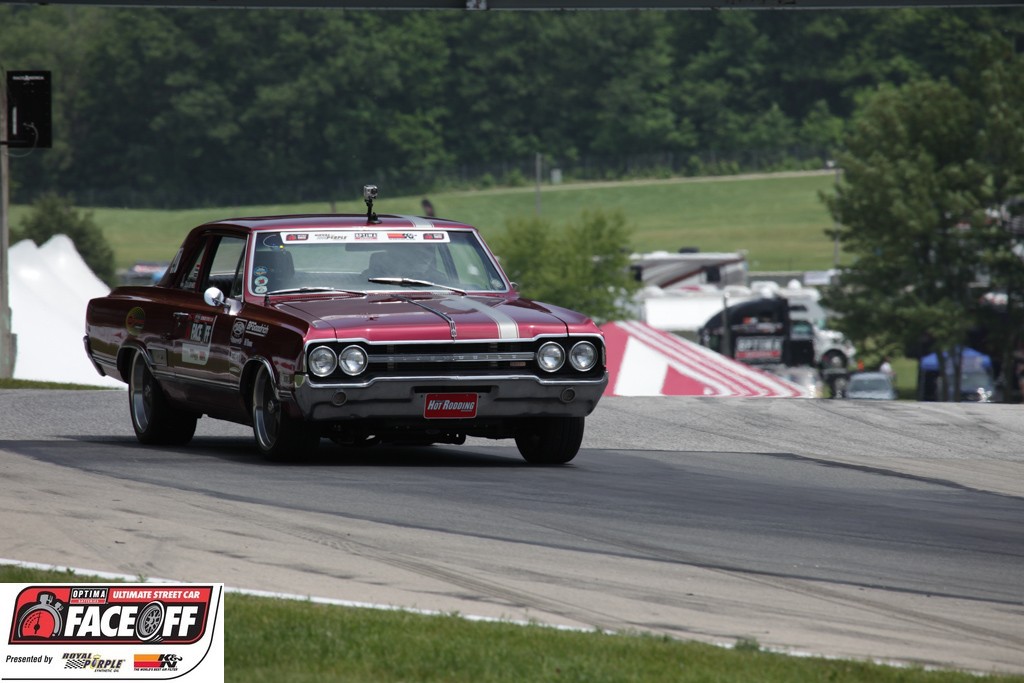 Three years Robert McGaffin's 1965 Oldmobile Cutlass has been on the road and three years McGaffin has been trying to get into the OPTIMA® Ultimate Street Car Invitational, presented by Royal Purple and KN Filters. This year ended up being Rob's year, as he received a Spirit of the Event invitation at the Goodguys Show in Iowa earlier this month.  The question now is- Knowing his car is headed to SEMA and the OUSCI, what are McGaffin's plans going forward?

Rob runs McGaffin Digital Photography and is no stranger to the SEMA Show or the OUSCI. He knows how high the bar is set for cars that show up for SEMA in terms of appearance, as well as what is expected of competitors in the OUSCI that immediately follows.  Like all OUSCI invitees, McGaffin has a long list of "like to's" that he'd like to get to before his Olds heads West, but with summer car season in full swing, Rob's time and resources are limited.

McGaffin's friends at Hot Rod Chassis Cycle have stepped up and offered their assistance in prepping his ride for the big stage. On the short list of items that need attention are a brake line leak at the proportioning valve, an updated steering column (look for a tech story on that in a future issue of Popular Hot Rodding) and a gear change in the Strange S60 rear end.  Since Rob's Olds has been on the road (and track) for several years, most of the drivability issues have been well sorted out. However, McGaffin did notice the engine was running warmer than he would've liked at the OPTIMA Faceoff at Road America.

The weather in Pahrump, Nevada in November could be cooler than Road America in June, but it could also be a lot hotter. Either way, the track elevation at Spring Mountain Motor Ranch (~2,700 feet above sea level) is significantly higher than most other road courses in the country in terms of altitude. OUSCI competitors know this can add even more stress to their cars in what is already a high-stress environment. Robert has bore witness to this himself and we're confident he'll have his Cutlass in tip-top shape come November. If you'd like to read more about Robert's ride, head over to HOT ROD magazine's website.

OPTIMA is the official battery of Road America in Elkhart Lake, Wisconsin and the SVR… Read More