Another OPTIMA Ultimate Street Car Invitational, presented by Royal Purple and KN Filters, is in the books and a new champion has been crowned- Brian Hobaugh's spectacular 1965 Chevrolet Corvette. OPTIMA would like to congratulate Brian and all the other OUSCI competitors for a great event! Now that things are starting to settle down, we'd like to recap the OUSCI, devoting a blog post to each event, starting with the Detroit Speed Road Rally.

Returning OUSCI competitors would probably consider the 2013 version of the Detroit Speed Road Rally to be slightly less-demanding than those of past years. However, several competitors were still unable to score the maximum number of points available (ten) for a variety of reasons. As in years past, OUSCI competitors left the SEMA Show and proceeded to various locations and checkpoints in and around the Las Vegas area.

However, unlike years past, the final destination for the Detroit Speed Road Rally was the Shelby American headquarters near the Las Vegas Motor Speedway, where tours of the facility, food and drinks were provided. Once competitors checked in at Shelby, they were free to move on and either make their way up to Pahrump for the night or head back to their hotel in Las Vegas. For some golden ticket invitees, that meant last-minute adjustments to give themselves the best opportunity to compete on the track the next day.

However, a few competitors bypassed the Detroit Speed Road Rally entirely, forfeiting the points associated with it and disqualifying themselves from competing for the OUSCI title. The OUSCI rules clearly state "all event participants must compete in all segments of the event to qualify for any awards" and citing that rule, the Race Directors moved the competitors who bypassed the Detroit Speed Road Rally portion of the competition to "Exhibition" status. This allows them to participate in all the OUSCI events, but does not allow them to compete for or win any awards, including the title of Ultimate Street Car.

This is a street car event and while the road rally portion may not seem beyond the capabilities of our competitors, there always seems to be a few cars and drivers who don't make it to the end for a variety of reasons. In past years, the Detroit Speed Road Rally has taken drivers through rain and even snow-covered mountain passes, subjecting the cars to all the normal risks associated with driving on public roads. This could include damaging a one-off, custom wheel on a pothole or having a distracted driver run into a competitor's car, while trying to get a closer look.

It is unfair to all competitors that do subject their vehicles to those risks, to allow others to compete if they have not done the same. OPTIMA encourages competitors to drive their cars both on the track and on the street and it is not in keeping with the spirit of the event to forgo either. If Matt Farah can drive his topless Corvette through a snow storm to compete in the OUSCI in 2011, every other competitor should be able to navigate a few checkpoints in and around Las Vegas.

OPTIMA also films all segments of the OUSCI for future broadcast on MAV TV. It may not negatively impact the way the event is filmed if one or two cars miss any portion of it, but if half the field decided they didn't need to participate in an event, it would create a serious issue.

The Detroit Speed Engineering Road Rally brings an exciting and unique dynamic to the OUSCI and OPTIMA would like to thank everyone at Detroit Speed for sponsoring the Road Rally and being such a great partner in promoting this event!

Competitors who attempted to complete the 2013 Detroit Speed Road Rally include: 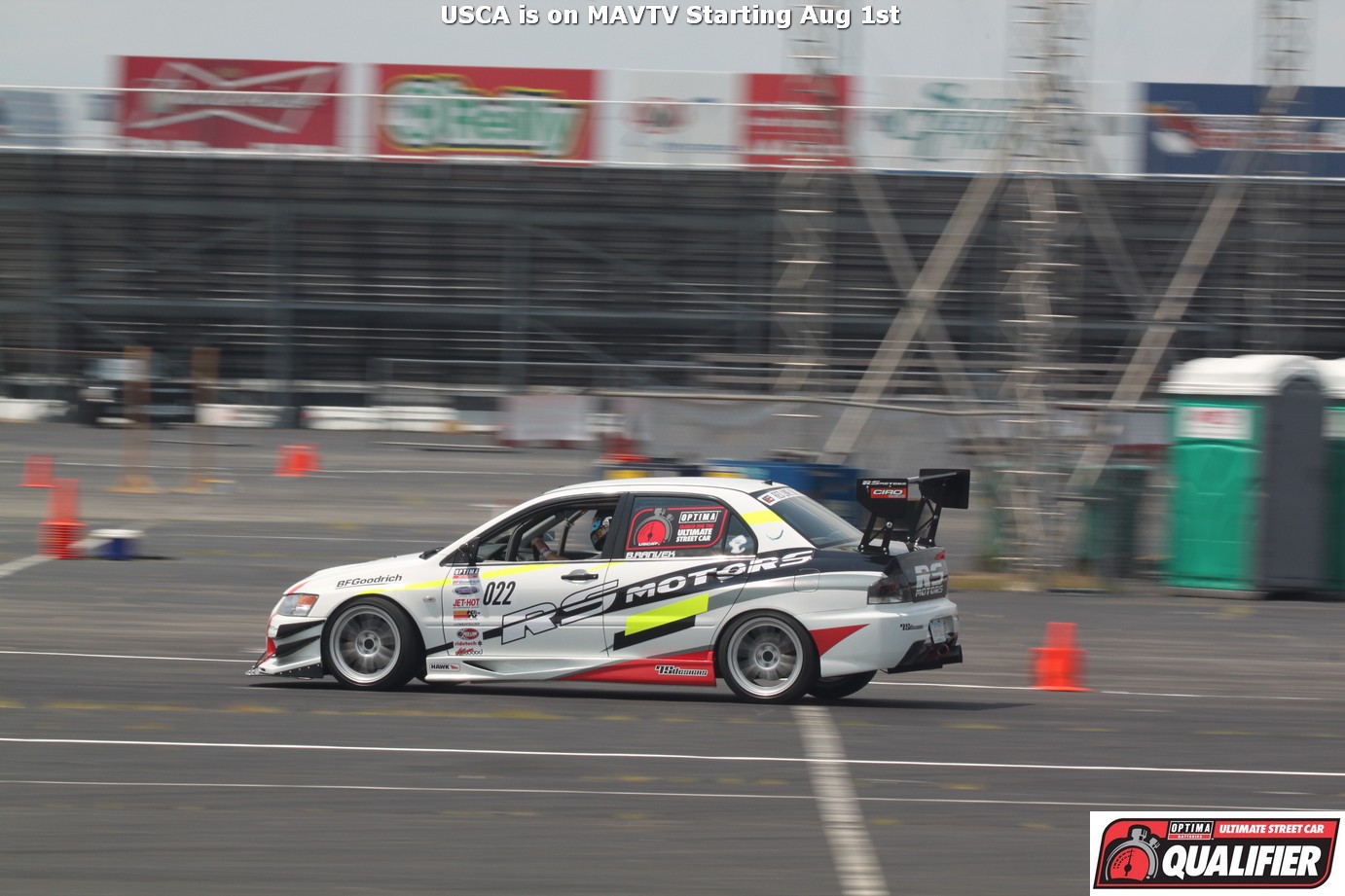