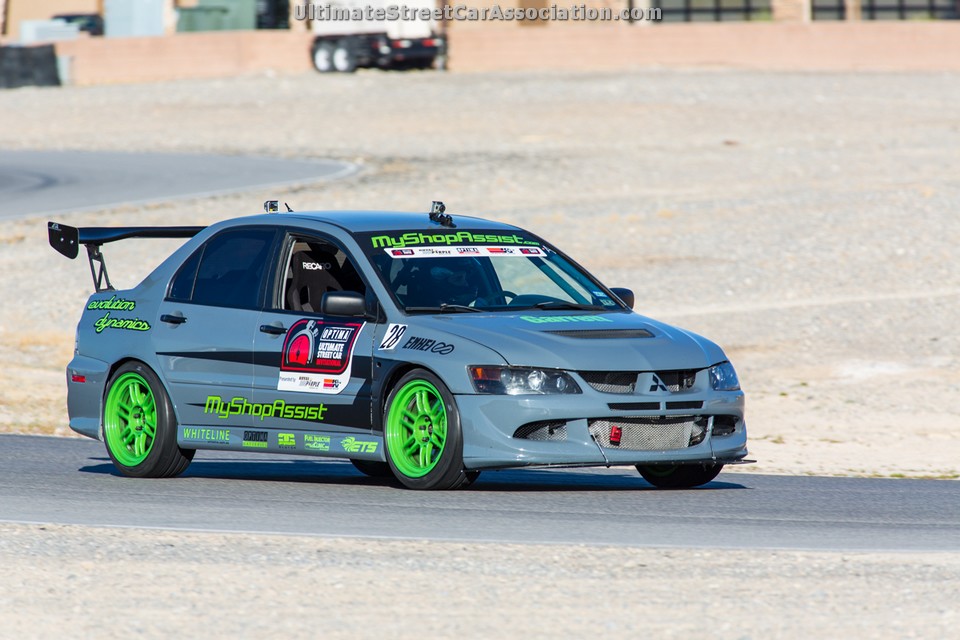 Todd Earsley is a stranger no more to the OPTIMA Ultimate Street Car Invitational, presented by Royal Purple and KN Filters. After finishing third overall last year in his 2003 Mitsubishi Lancer Evolution VIII, Earsley knew what he needed to do if he wanted to return in 2013 and compete for the title- He needed to be faster, he needed to show better and he needed a car that looked significantly different than the one he brought in 2012.

In an event that represents the most-extreme street cars, Earsley took extreme measures with his Mitsubishi. The entire car was re-built from the ground up, even down to such details as seam-welding the sandblasted frame for increased strength, rigidity, fit finish. New paint, new body panels, a nicer engine, a better suspension, more power and better aero were all added to the mix for 2013. In short, it sounds like Earsley did everything in his power to make sure the Evo not only did as well as 2012, but would surpass that podium finish in 2013.

So how did he end up in sixth place overall in 2013? In a word? Tires. Todd believes he lost five years of his life at SEMA due to the tire headaches he endured when a very large retailer sent him the wrong tires for his car not once, but twice! It was a mad scramble all week for Earsley to find tires that would fit his car and meet the minimum 200 treadwear requirement, but he made it happen.

Unfortunately, the tires he ultimately found were not a set of 275-series meats, as he had become accustomed to in his practice sessions, but a smaller set of 245-series tires, that were probably never designed with track use in mind. How important are tires? Earsley's best time in the BFGoodrich Hot Lap Challenge this year was 1:50.339, good enough for ninth place in that event, but nearly a fulll second slower than his best time from last year of 1:49.334. Had he just run the same time as last year, he would've finished in seventh, picked up two more points and finished ahead of Karl Dunn's Camaro, which also finished just ahead of him in the overall standings by two points.

The same case may have been true in the RideTech Autocross, where Earsley finished a solid 10th place. Last year he was just .813 seconds slower than the winning time of Mark Stielow's Camaro. Had he done that this year with the winning time of Brian Hobaugh's Corvette, Earsley would've locked up second place easily.

Moving over to the Wilwood Speed Stop Challenge, the margin of difference was even narrower. Hobaugh's Camaro edged out Earsley's Evo by just .006 seconds for the top spot. While an argument could be made that the lighter 245-series tires may have helped with acceleration, it would've been interesting to see what Earsley's Mitsubishi could've done with it's intended rubber on all four corners.

Earsley was realistic about his chances in the Lingenfelter Performance Design Challenge. He knew it would be extremely difficult (and very expensive) for the Evo to score near the top, but he had hoped the wholesale changes he did make to literally every facet of his car would score some overall points with the judges, but it was simply not meant to be.

Looking back on it, Todd thinks a better interior with carbon door panels, a suede-covered dash, matching suede seats, a suede headliner, tucked wires in the engine bay and the correct width wheels and tires could've made more of a difference. That sounds like a very specific list to us and one that might become more than just a list in the near future. While Todd was the highest finisher who did not score any points in this category, after back to back years of near misses, he has determined getting some points in the Lingenfelter Performance Design Challenge (which the top-five finishers all did) is the key to winning the OUSCI.

Todd did think the 2013 field was much more competitive than 2012 and he noticed the tire sizes had increased significantly for many of the competitors. He also took notice of a few cars with lexan windows, naca ducts, fuel cells and very sparse interiors that he doesn't directly associate with street cars.

The one thing that surprised Earsley in the OUSCI was that he somehow managed to lose the Wilwood Speed Stop Challenge to Brian Hobaugh's Corvette by an even narrower margin (.006 seconds) than he did last year to Bret Voelkel's '33 Ford Coupe (.013 seconds). Todd blames himself, as he bogged on his third launch, after shaving nearly a full second off his first pass with his second run.

The car that impressed Todd most in the field was Larry Woo's Camaro, which beat Todd's Evo by nearly a full second in the RideTech Autocross (a fact he thinks Larry will jokingly remind him of indefinitely). So what advice would Todd offer for future OUSCI competitors? Based on his own experiences, Todd advocates for getting the widest tires possible and making the engine and interior look both cool and different from the field. 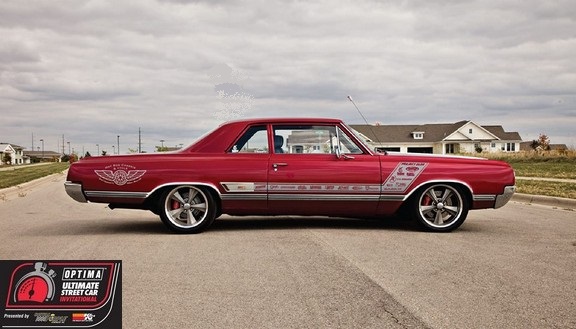 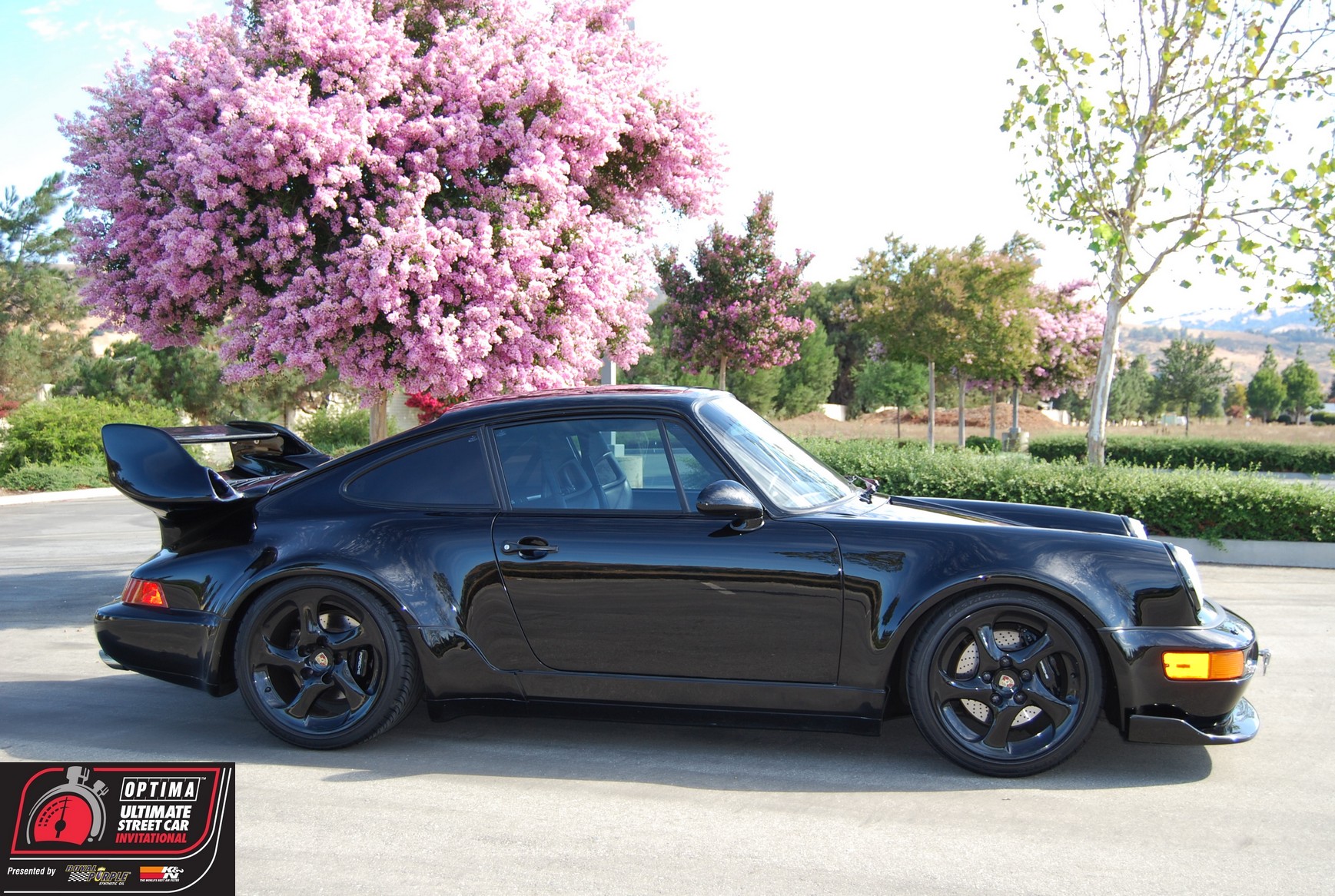