Can I Use a YELLOWTOP to Start a Car? 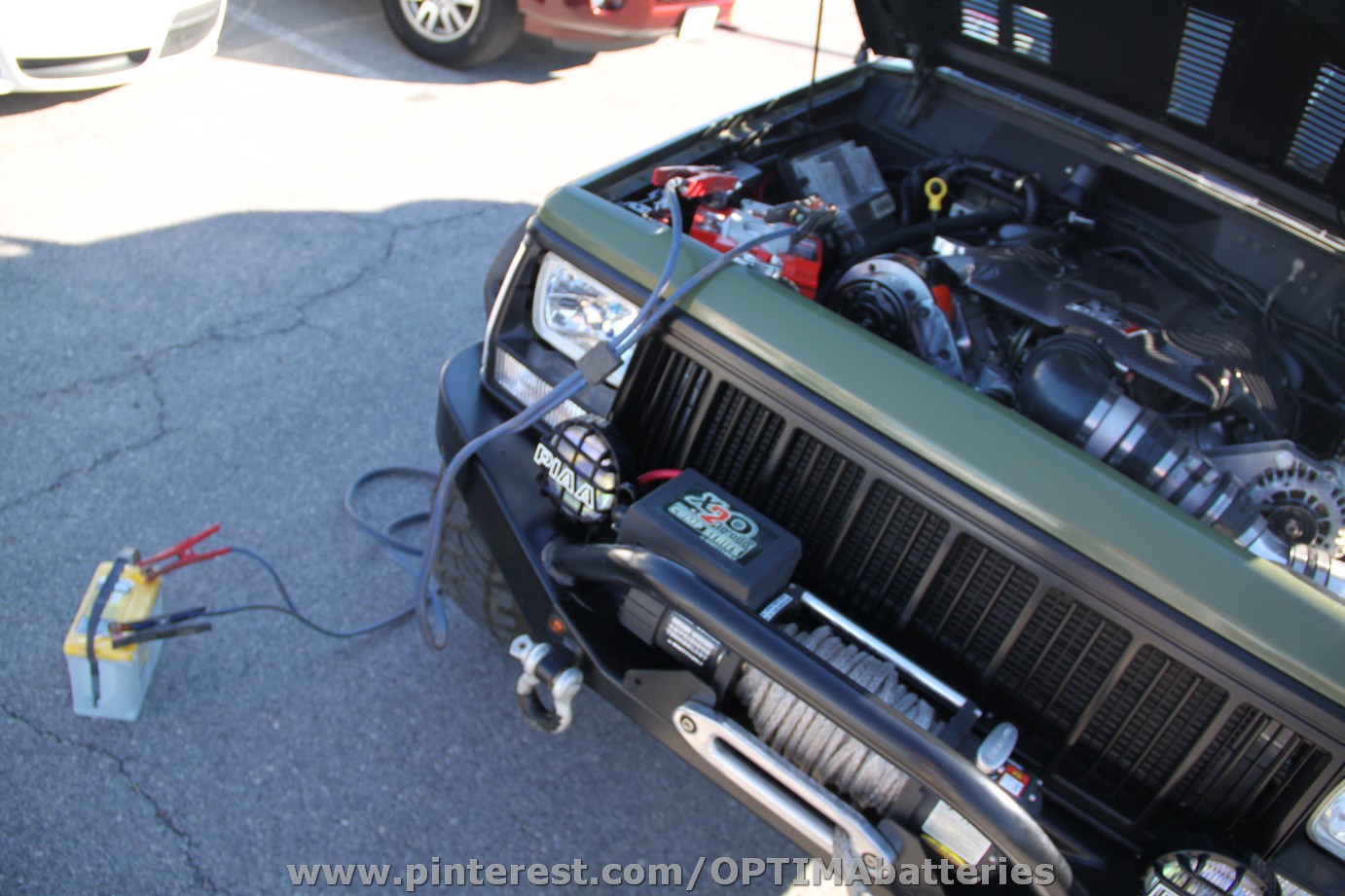 We were helping a customer the other day who was running both a REDTOP and YELLOWTOP in their truck. They indicated the batteries were properly-isolated from each other, but they were having problems with their REDTOP. They ended up replacing the REDTOP with a YELLOWTOP at our suggestion, but only after asking if a YELLOWTOP had enough power to start a vehicle. That kind of surprised us, because we've always promoted YELLOWTOP batteries as dual-purpose batteries, capable of performing in both starting and deep-cycle applications. Sometimes that messaging gets lost in all the noise floating around about cars and the parts that go in them, but we were at least glad this customer knew their REDTOP wasn't designed or warrantied for deep-cycle use.

As this picture clearly shows, a YELLOWTOP is more than capable of starting a vehicle. In this instance, the YELLOWTOP being used to jump-start a Jeep is one of our D51R YELLOWTOPs, typically used in cars like Hondas. The engine it is jump-starting is an LSX that was swapped into this Jeep. While we might not recommend the D51R for long-term LSX engine starting duties, it obviously had enough power to get the job done in this instance. Larger YELLOWTOPs would likely have an even easier time starting such engines.

In case you're wondering about the back story on the Jeep, it was a show vehicle at the 2012 SEMA Show. We were doing free battery swaps at the show for all SEMA Show vehicles, but the owner of this vehicle declined. He indicated he used to run an OPTIMA in his Jeep, but said the battery couldn't keep a charge, so he had to replace it with another battery. We told him we understood his predicament and encouraged him to contact us if we could ever be of assistance to him.

He was back at our trailer an hour later, claiming the battery he had used in place of the OPTIMA was now also having similar issues. At that point, it became apparent (at least to us), that the issue being attributed to the battery was likely rooted somewhere else. We loaned him the YELLOWTOP and it subsequently started his Jeep several times as he navigated it into the SEMA Show.

So if a YELLOWTOP can start a vehicle, why should someone even bother buying a REDTOP? Both batteries have three-year free replacement warranties, so there's no difference there, although REDTOPs tend to be priced slightly lower than YELLOWTOPs. REDTOPs can also provide more cranking amps in a given group size, than their YELLOWTOP counterparts. This might be of importance to someone running a high-compression engine, that needs a lot of power to get started. REDTOPs are also slightly lighter amongst like group sizes, for the weight-conscious crowd.

While YELLOWTOPs do sacrifice some cranking power, they do offer more reserve capacity in like group sizes, as well as the ability to be deep-cycled. Which battery is right for you? It depends on your application. REDTOPs will work just fine in the vast majority of applications, but if someone is running significant electrical accessories, including winches, large stereos or a vehicle without a charging system (like a dragster), a YELLOWTOP might be a more appropriate choice.

Which Battery Cable Do You Disconnect For Storage?

What size car battery fits a 2006 BMW M3? We'll tell you what you need to know in the… Read More