Why the "Ultimate" Street Car Invitational? What about the average enthusiasts? 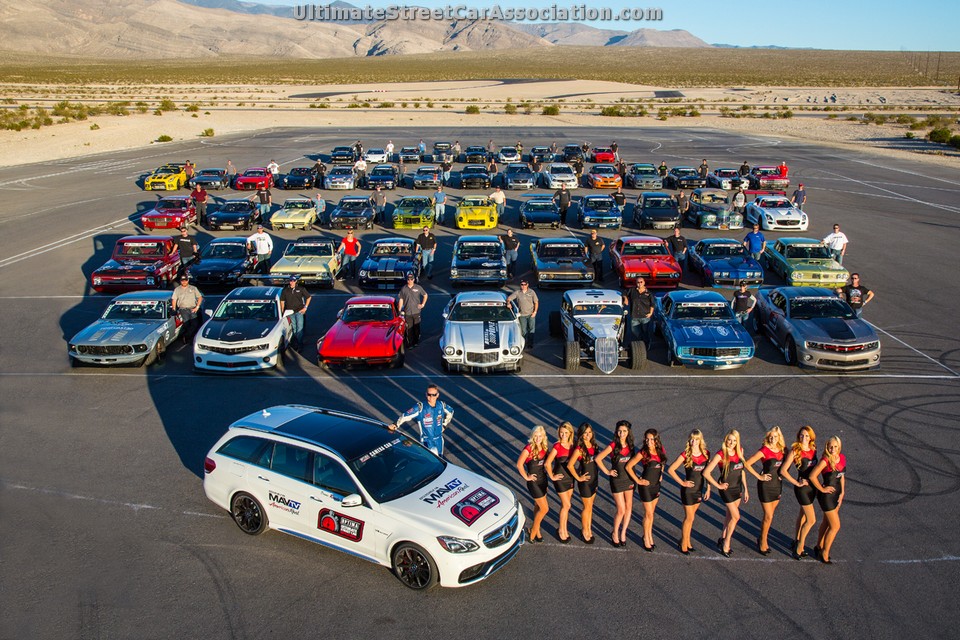 The first qualifying event for the 2014 OPTIMA Ultimate Street Car Invitational is just a few weeks away and the buzz coming off the premiere of last weekend's 2013 OUSCI premiere on MavTV has a lot of folks thinking about taking a stab at getting into the 2014 field. The question (or in some cases, concern) we hear quite often, is whether or not someone's car is good enough to compete in the OUSCI? Our response typically involves asking why they wouldn't think they could be competitive?

The reasons often cited focus on prior driving experience and the resources, financial or otherwise, to build a top contender. From there, folks often ask why we wouldn't come up with a series for the average enthusiast or at least cap the amount someone could spend on their car to keep the playing field level. Besides the obvious concern that the "Average Street Car Invitational" would likely be far less appealing to sponsors, advertisers, viewers, media...and nearly everyone else, the reality is that the guys with the deep pockets would show up there as well.

Sometimes people's competitive nature gets the best of them and if we were to set a limit of $50,000 or even $100,000 on entries, competitive people would find a way to cook the books or manipulate the rules in some way, to gain entry. Besides, isn't it more interesting to see what people can do with a street car?

The truth is, OUSCI invitations have been extended every year and on a regular basis to more than a few entries that would be considered "budget builds" or "the little guy" who often has little prior experience in these events. Part of the reason is that these car owners realize they really don't have anything to lose by going to an OUSCI qualifying event. They're going to have a great time at some incredible venues, like Mazda Raceway Laguna Seca, Road America and Daytona International Speedway. They're going to compete against some of the best street cars in the world and they might beat some or all of them. Even if they don't out-run every one of them on the track, they could still get an invitation to the SEMA Show and the OPTIMA Ultimate Street Car Invitational.

If a $300,000 Lamborghini outruns them on a road course or a $200,000 Porsche out-handles them on the autocross, no one will be surprised. What if the Lamborghini is only three seconds faster on the road course and the Porsche is only two seconds faster on the autocross? Then someone might come away feeling pretty good about their vehicle and their performance against some world-class competition. At the end of the day, it's often harder to talk a Ferrari owner into putting his car's reputation on the line against Hondas and Fords, than the other way around.

But Those Guys On TV All Have Sponsors...

We're not sure where or how all sponsored OUSCI competitors enter into those arrangements, but we haven't heard of many companies looking to sponsor cars that just run at open track rentals. Why should a company want to sponsor someone based on their participation at open track events? It's not like there will be magazine or TV coverage at these events. Generally, companies like to get a return on their investment and in the case of sponsorship, that often equates to eyeballs on their products. USCA events (which are all qualifiers for the OUSCI), are all televised by MavTV and many of them will have magazine editors either in attendance or in the event itself. There are few better ways to impress a magazine editor (or at least get noticed), than to show up at an event with a similar car and outrun them.

Open track days are great for gaining valuable seat time in a car and generally having fun, but there are inherent limits to what those events can provide. You may or may not know how you stacked up against the other cars at the track and it is unlikely there will be any media coverage or sponsorship opportunities. We receive thousands of sponsorship requests every year, but that number shrinks significantly if we focus in on the requests that mention TV coverage. We've also watched as builders like Jeff Schwartz of Schwartz Performance make a name for themselves by building a car and taking it to events they knew were going to have media coverage. What started as a single build has turned into a career for Schwartz and many others, who have participated in past OUSCI qualifying events.

If you saw any of the previous OUSCI events on TV and always thought that might be something you'd like to try some day, there's never been a better time. Check your work schedule, set your calendar and sign up for an OUSCI qualifier today!

Who Owns the Circuit of the Americas?

We dig into the ownership of the Circuit of the Americas racetrack in Austin, Texas Read More