Is It Time To Replace Your Battery? 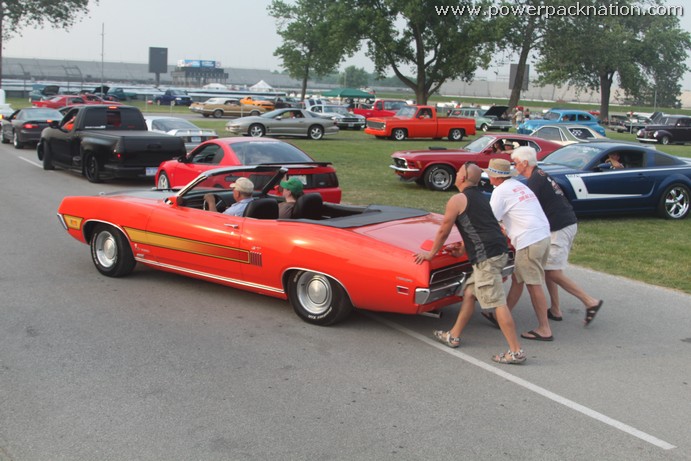 It's that time of year, where folks who have "summer" vehicles, whether they are cars, trucks, motorcycles, boats or RVs, start taking them out of storage and using them. With that, comes an inevitable number of folks who notice they are having reliability issues they are attributing to their battery. While that may be the case, oftentimes there are other underlying issues that need to be addressed.

I was recently contacted by just such a gentleman, who indicated the YELLOWTOP® battery in his modern musclecar (not the one pictured) wasn't holding a charge like it one did. Where he used to be able to let his car sit for weeks at a time without issue, when he does that now, his 3 1/2-year old YELLOWTOP needs to be jumped to get the car started.

My initial response, as is often the case, is to ask what the voltage level was in his battery when he was having issues. As is typically the case, he didn't know the answer. Knowing the voltage level is square one, as it basically tells you how much energy you have in your electrical storage tank. Without that information, it can be very difficult to know if the issue is really related to the battery. I then asked him what kind of maintainer he used when the vehicle was in storage. He went on to describe a basic battery charger, after which I asked him if the charger was still working correctly, to allow a battery to be discharged while his car was in storage. He then clarified that he only used the charger after he discovered the battery was discharged. Why have a charger if you're not going to use it?

Maintaining proper voltage in your battery will maximize battery performance and lifespan. That's not a secret, yet it is lost on so many folks who have both car batteries and battery chargers. This individual has probably been leaving his battery sit un-maintained for all 42 of the months he has owned it, likely allowing it to sulfate during that time. When any battery is discharged below 12.4 volts and is left sitting in that state, sulfation begins to form, which diminishes both battery capacity and lifespan.

Is your charging system keeping pace with your electrical usage? I asked what the parasitic draw on his car was and he didn't know, although he thought it was low. He didn't know the output of his alternator either. Was he using an underdrive pulley, which can make it difficult for alternators to function properly? Did he have a car alarm that accelerated the discharge rate of his battery? Ultimately, his solution was to simply buy another battery. I responded by encouraging him to have his battery load-tested before he committed to replacing it. I've heard enough of these stories to know that if he fully-charged and load-tested his battery, he'd probably find it didn't need to be replaced.

Replacing a battery can mask underlying electrical issues for a period of time, but eventually they will manifest themselves again. Not once did I suggest replacing his battery, in fact, I tried to talk him out of it. If his situation turns out like many others, his time and money would be far better spent on a $5.49 multimeter and watching one of our YouTube videos, which explains how to use it.