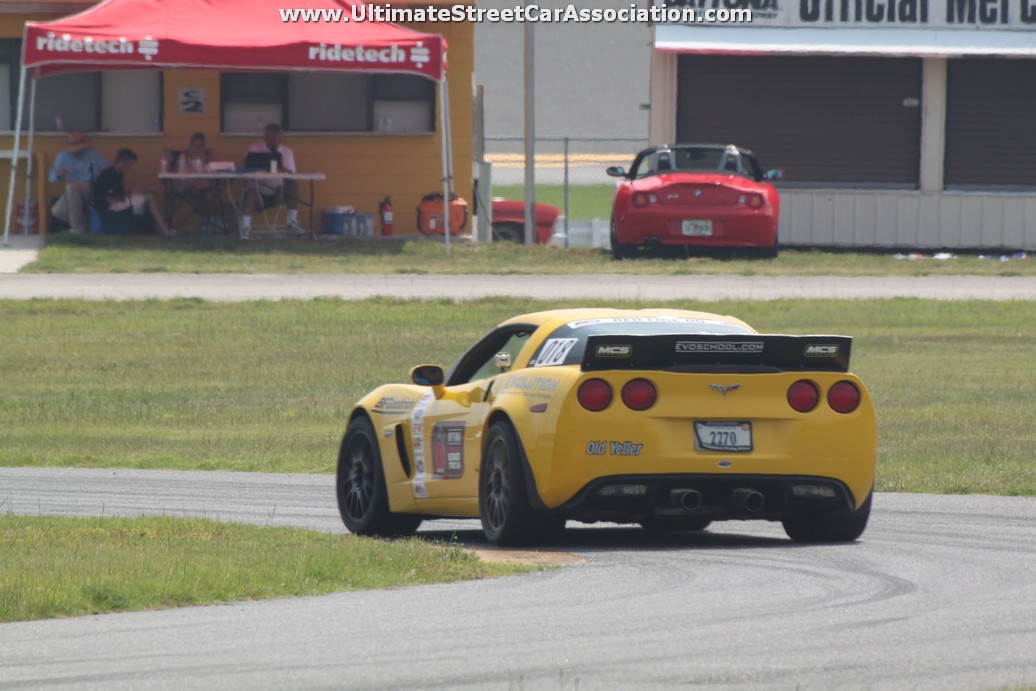 Daytona International Speedway can be an unforgiving facility and USCA competitors now realize this as well. It was a very hot, but exciting weekend of competitive driving at the famed speedway, as the latest qualifying event for the 2014 OPTIMA Ultimate Street Car Invitational paid a visit to the legendary venue. When it was all said and done, Michael Junior Johnson's 2006 Z06 Corvette emerged as the top performer in the under 3,000-lb. class (GT2K), earning him an invitation to the 2014 SEMA Show and the OUSCI immediately following.

We'll be posting a full preview of Johnson and his Corvette soon, but we do want to answer the obvious questions so many folks may have- how much did his Corvette weigh? Johnson's car tipped the scales at 2,987 pounds, just barely under the class limit. That light weight, combined with more than 500 horsepower at the wheels helped propel Michael to victory. We may also want to mention that he is a 10-time SCCA National Champion and the owner of a performance driving school. Sounds like Mr. Johnson just landed squarely on every OUSCI competitor's radar.

As for Johnson's scores in the event, he picked up all 25 points in the Detroit Speed Road Rally, 17.9 points in the Lingenfelter Performance Design Engineering Challenge and picked up 25 points as the top finisher in the BFGoodrich Hot Lap Challenge, the RideTech Autocross and the Wilwood Disc Brakes Speed Stop Challenge.

His fast lap of 131.038 seconds on the big track placed him amongst the fast times of the weekend across all classes (Danny Popp was quickest at 127.398 seconds). On the RideTech Autocross, Johnson's top pass was a 45.293, which was tops among all competitors for the weekend. On the Wilwood Disc Brakes Speed Stop Challenge, Johnson posted a best pass of 12.067 seconds, which once again was tops in a field of seasoned veterans. Impressive results to say the least and we're looking forward to seeing Johnson at the OUSCI, if not sooner at other upcoming USCA events. 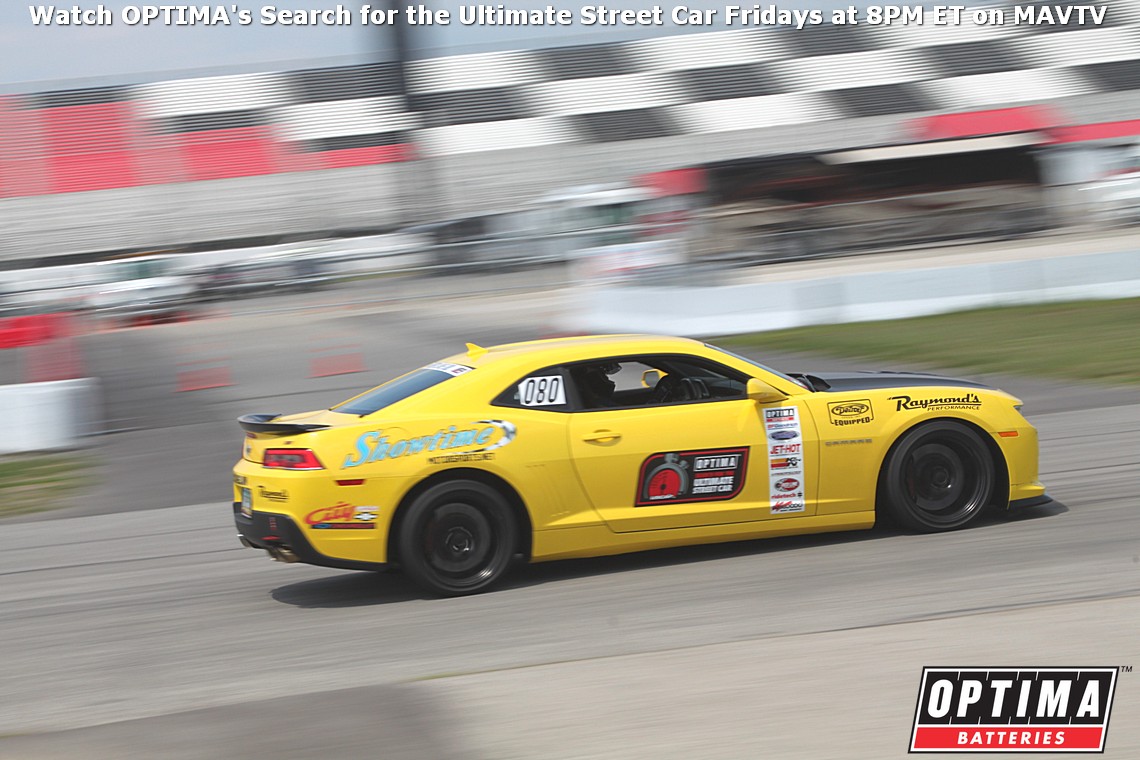 One Qualifier Remains in OPTIMA's Search for the Ultimate Street Car