Which Battery For A Toyota Prius? 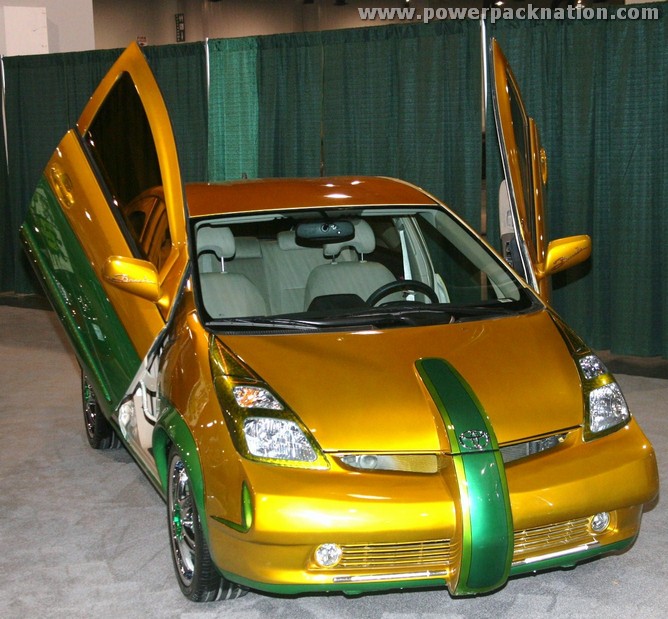 We print our e-mail address (info@optimabatteries.com) and 800 number (888-8-OPTIMA) on every battery we sell. Sometimes folks have questions about our products before they buy them and they ask OPTIMA Jim to answer them here. Today's question is about Toyota Prius replacement batteries and comes from Gerald L, who asks:

The OEM battery for my Toyota Prius is a 45Ah 325CCA 12-volt battery. Is the 38Ah DS46B24R OPTIMA YELLOWTOP® suitable for sustaining the normal load?

It's hard to believe, but the Toyota Prius has been around for a while now, having been sold domestically since 2000, with more than 1,000,000 Prii(?) hitting the road during that time. Even though the Prius doesn't use it's 12-volt battery the way conventional gas-powered cars do, their batteries do still reach the end of their useful life and need replacing.

Prius owners soon discovered that the OPTIMA D51 YELLOWTOP would fit in their cars and provide superior performance and lifespan. However, the Prius battery uses smaller terminals, referred to in the industry as "pencil posts," because they have smaller diameter terminal posts than a traditional automotive battery, which required some modification by the end user. Some companies even began offering adaptor kits.

Finally, OPTIMA decided enough was enough and released the DS46B24R YELLOWTOP battery which is a direct-fit replacement for the Toyota Prius. While the specifications may vary from the OE battery, concerns about the battery's reserve capacity should be minimal. Even though the Prius doesn't use a traditional alternator to maintain voltage in the 12-volt auxiliary battery, it does have a charging system that keeps the battery near or at a full state of charge whenever possible. Unless someone makes a habit of parking their Prius in a parking lot with their headlights on and their radio blasting, most owners probably will never use anywhere near the full reserve capacity of their battery.

However, like all modern vehicles, the Toyota Prius does have a "key-off" load (also known as a parasitic draw) that will slowly discharge any battery. That's how radio presets, seat memory, car alarms and other electrical accessories keep functioning, even when the car isn't in use. If your Toyota Prius sits unused for extended periods of time or only sees occasional or seasonal use, it would be a good idea to keep your 12-volt battery properly-maintained with a quality battery maintenance device, like the OPTIMA Digital 400 Maintainer Charger.

These units work on all 12-volt lead acid batteries and have special settings designed specifically to maximize the performance and lifespan of OPTIMA batteries. They are also microprocessor-controlled, so you don't have to worry about them overcharging your battery, even if you leave it unattended for a year or longer.

Is There a Difference Between Deep Cycle & Marine Battery?