Comedians in Cars Getting Coffee with OPTIMA 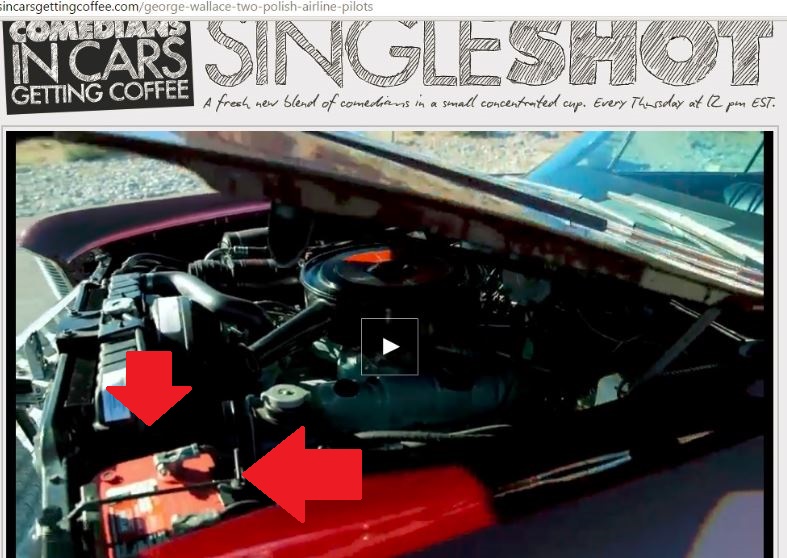 We don't know what it says about the state of the automotive world, that one comedian has one of the coolest car collections on planet earth and another produces one of the best automotive shows around, but we're loving every minute of it! Jay Leno's garage is the stuff legend is made of and Jerry Seinfeld's Comedians in Cars Getting Coffee is just great entertainment with a fantastic array of cars on display. It's hard to single out any episode as a favorite, because they're all so good. The comedians are all so funny, the cars are so cool and the diners they frequent are some of our own favorite haunts.

However, the "Two Polish Airline Pilots" episode with Mr. Las Vegas, George Wallace, may have hit our trifecta of perfection. Wallace's interview was revealing and entertaining, especially regarding his long-standing relationship with Seinfeld. The two comedians also visited The Peppermill restaurant in Las Vegas, which is the place you're most likely to find someone from OPTIMA, if we're in town and not at the Las Vegas Motor Speedway or the Las Vegas Convention Center. Finally, their car of choice for the episode was the iconic Buick Riviera, started by none other than an OPTIMA REDTOP battery. How could that not be our favorite?!?

James Roberts is the owner of the Riviera (the car used in the episode, not the owner of the now-closed Las Vegas hotel casino) and we think it is a great endorsement that in an environment so tough on batteries as Las Vegas and for an opportunity so rare as loaning your ride to Jerry Seinfeld, that James chose an OPTIMA to make sure his car started when needed. It was just a fleeting glimpse (actually, two) under the hood, but that was enough for us to give James a big thumbs up for being part of OPTIMA's Power Pack Nation! You can watch the entire episode here.

How Do You Tell What Year A Corvette Is?

Chevrolet has been making the Corvette since 1953, but how can you tell the different… Read More