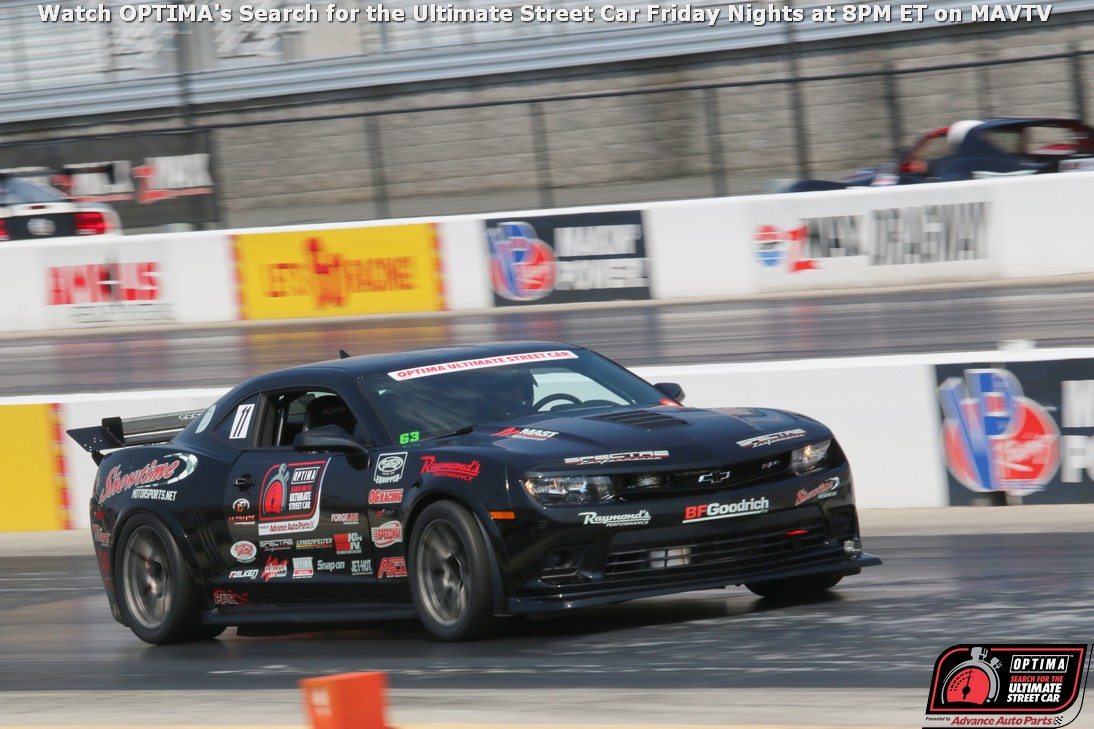 The next qualifying event in OPTIMA's Search for the Ultimate Street Car, presented by Advance Auto Parts, takes place at Pike's Peak International Raceway in Fountain, Colorado. While many competitors may be looking past Pike's Peak, with their sights set on four KN Filters Spirit of the Event invitations at Road America or the final double-points event at Auto Club Speedway, overlooking the Colorado stop would be a mistake, as we believe it provides several great opportunities to get into the OPTIMA Ultimate Street Car Invitational and pick up critical points toward the regular season championship.

Unlike many of the other qualifying events, Pike's Peak is somewhat removed from a large percentage of the regular series competitors. It's remote location makes it less attractive from a travel standpoint and as a result, the field so far is much smaller than the sold-out fields we've been seeing at other recent events. With a significantly smaller field comes far more opportunities for points, especially as we take a closer look at the field itself. As of this writing, there are just 27 entries. Compare that to the nearly sold out field at Road America, that will likely hit 75 cars and you can already see why this event is shaping up to be a major points opportunity.

However, that already small field shrinks even further when we notice that Byron Cowling, Keith Pizio and Todd Rumpke are all signed up to run in the Exhibition Class, meaning they won't be taking any points for their performances. From that new starting point, we'll take a look at the individual classes, starting with GT.

Currently, there are only eight cars signed up for GT. However, upon closer inspection, we notice several unfamiliar names, meaning there are quite a few first-timers signed up for this event. While there can be exceptionally competitive first-timers like Hugh Bates, the run group they are in does give some indication of their level of skill and car preparation.

There is only one GT entry in the “Expert” run group at this time and that is Ken Thwaits. Ken has already qualified for the OUSCI and while it could offer him a prime opportunity to pick up significant points, he already plans on running all three double-points events, so there's almost no way his score at Pike's Peak would be higher than what he will get at Fontana.

There is only one GT entry signed up in the “Intermediate” run group and that is Jay Valentine's 1999 Camaro. There are two “Novice” run group entries, who would be unlikely to run fast enough to win the class and take the Vegas invite. That leaves us with four wildcard entries that have not yet received a run group designation.

The first unassigned entry is David Flora's 1995 Mitsubishi Eclipse. If that sounds odd to you, you're not alone. First-time competitors sometimes sign up in the wrong class, before figuring out where their car is really supposed to be. Unless Flora has the world's heaviest 2WD Eclipse, he'll likely be moved to the GTL class. If the Eclipse is AWD, it will get moved to GTS. Either way, it won't be in GT. That leaves Doug Lineen's 2012 ZL1, Matt Snow's 2014 GT500 and Mario Tomlin's 2009 Dodge Charger. While many competitors are fighting for the points championship, plenty are looking for a way to get to Las Vegas and the OUSCI. If you are a GT competitor and you think you might fare well against this group, you should figure out how to get to Colorado!

Moving to the GTL class, if Flora's Eclipse ends up there, it will effectively double the number of entries to two, with the other being Joe Escobar's '74 Ford Pinto. If it doesn't, then any potential competitors would only have Joe's Pinto standing in the way of an invite to the SEMA Show and the 2015 OUSCI. That may look like easy pickings on the surface, but there's no telling how fast Flora is if he is in GTL and Escobar was one of the regular season class champions last year and a seasoned veteran. It's a bit of a roll of the dice, but it could pay off for someone looking to pick up an OUSCI entry in GTL if they can outrun those two and no one else signs up.

In the GTS class, we could again find Flora's AWD Eclipse (or maybe not) along with five other entries, all but one listed in the Expert run group. The lone exception is Douglas Osborn, who is currently seventh in GTS points. The other entries include Todd Earsley, who has already qualified for the OUSCI, Dave Pulley, who is driving a 2010 Shelby Mustang and could end up getting moved to GT, Steve Kepler and Randy Johnson.

Kepler's GTR has been registered for a couple of events recently, but has not shown due to some mechanical issues. If he does make it to Colorado, he could be the car to beat in GTS. However, Randy Johnson is also a very capable competitor and will have one of the nicest C5 Corvettes you'll ever see. He easily won the Lingenfelter Engineering Style Design competition at the Michigan event, he knows how to drive and isn't afraid to push it. Come to think of it, Johnson was registered at NCM Raceway, but didn't make it, so it's possible he could be a no-show at Pike's Peak. While there does appear to be the potential for some formidable competitors in GTS, it's not like someone needs to beat a dozen really good cars (and another 10-12 pretty decent cars) to get an OUSCI invite, like they will need to do at Road America and Fontana.

GTV is the “big” class at the moment for Pike's Peak with ten entries. However, as we look at the run groups again, we only find one Expert and that is Jake Rozelle, who has already punched his ticket for Las Vegas. James Shipka is unassigned, but would likely be an Expert as well. However, he has been MIA at several events this season and that could be the case again in Colorado. That leaves five Intermediates and three Novices. There are several first-timers in this group and it's really tough to know who might be a standout driver or how extreme any of these vintage rides might be. Regardless, the opportunity is clearly there.

You can sign up for Pike's Peak and the other remaining qualifying events at www.driveoptima.com but don't wait too long or your window of opportunity may close. First-time entrants should also remember to use the promo code "FIRST" to receive 50% off their entry fee.

OPTIMA's 2014 Search for the Ultimate Street Car at Daytona

In the first season of OPTIMA's Search for the Ultimate Street Car, the series visite… Read More