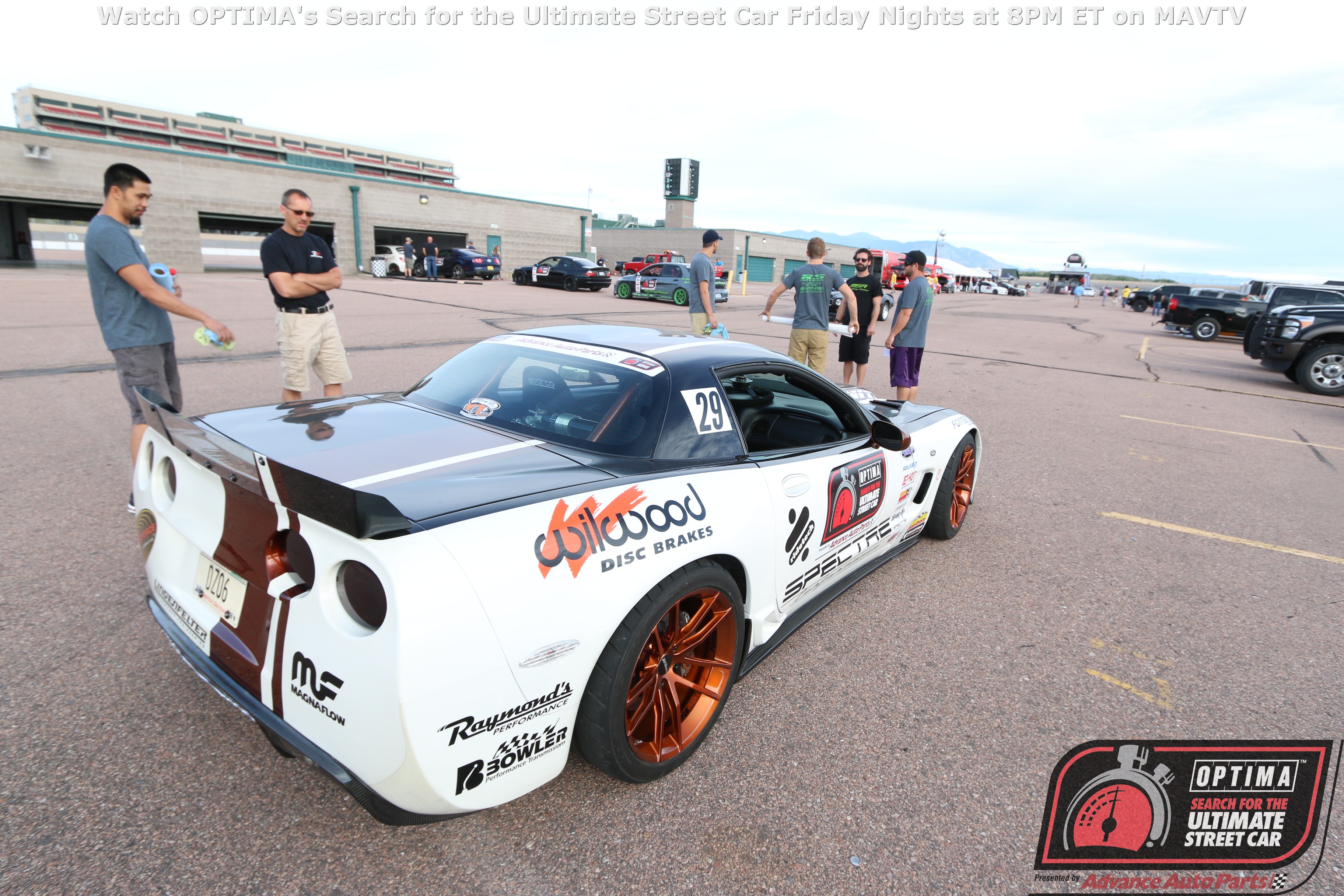 OPTIMA's Search for the Ultimate Street Car scours the countryside looking for the very best all-around, street-legal cars and trucks, inviting the top contenders each year to the SEMA Show in Las Vegas and the OPTIMA Ultimate Street Car Invitational. The competition includes a road rally on public roads, three timed events on the track and the Lingenfelter Performance Design Engineering Challenge. Each segment is worth 100 points, so capturing every point possible is a high priority for anyone looking to win the regular season points chase or secure an invitation to the SEMA Show and OPTIMA Ultimate Street Car Invitational.

We try to be as transparent as possible when explaining the series and you can find all of the rules for the series here, including rules for this segment of the event, but we'll explain the highlights here. There are typically three judges at each event, who evaluate all the cars and trucks in competition. They are qualified, industry-specific judges will use criteria developed by the USCA sanctioning body that is confidential, consistent and exacting, to evaluate each car on it's overall function, design, engineering, theme, creative use of parts/materials and overall fit finish. Each judge will have appropriate latitude for scoring vehicles that may be visually similar but differ greatly in design or construction quality.

That portion of the competition is worth up to 40 points and in simple terms, that outcome is determined by the opinion of the judges. The remaining 60 points available in the competition are awarded based on the functional presence of the following items typically found on street-legal cars and trucks:

Glass- Real street cars and trucks almost always have glass windows and we certainly hope that's the case for the vehicles that run in these events. The rules state the following: All glass as required by law per the date of manufacture (windshield and all side glass must be DOT, rear glass can be Lexan). Driver and passenger glass must be roll up as of date of manufacture - can be upgraded to electric. Exceptions can be made in the rare instances where a vehicle didn't come with OE side or rear glass, but those are few and far between. The main point is, if you have a glass windshield and you can move your side glass windows up and down, it's worth points.

Exterior Lighting- Street-legal cars and trucks need headlights so they can drive at night as well as brake lights and turn signals. Competitors with functional light packages get points. Pretty simple, right? If you've got 'em on your street car and they all work like they're supposed to, you'll get credit.

Interior Electronics- With all the different makes and models of vehicles produced over the years, there is a wide variety of optional and standard equipment available in almost all vehicles. However, there are a few items that are found in just about every vehicle that rolls off the line. Everyone needs to know how much fuel is left in their vehicle and a functional fuel gauge helps keep tabs on that. While most folks don't need to use their horn on a regular basis, just about every vehicle has one, if the need arises. Unless a vehicle was specifically ordered with a radio-delete option, almost all of them have some type of radio, even if it's just a basic AM radio. Some type of dome or interior lighting is also commonly found on just about every vehicle, as well as some type of heater (air-conditioning is optional).

You can kind of see where this is all going. The stuff folks typically yank out of cars because it doesn't make them faster are the types of things we like to see in street cars and having those components intact and functional is worth points.

Interior- In keeping with that theme, street cars and trucks tend to have interiors, meaning dashboards, door panels, carpeting, etc... While these items don't need to be stock, something similar needs to be in there, in order to get the points available and some competitors in the series have really pushed the envelope, but done so creatively and effectively.

Street Drivability/Comfort/Ergonomics- That's a lot of words to describe basic functionality, but one specific example specifically cited in the rules is windshield wipers and that alone has tripped up more than a few competitors. Street cars and trucks have wipers, so anyone looking for points on this component need them as well. This component could also be called "girlfriend points." If a passenger wanted to go for a ride, would they be sitting on the floor or a milk crate or need to have the flexibility of a Cirque du Soleil performer to get into and out of the car? If the answer is yes to any of those questions, it will probably come at the expense of points.

So those five highlighted areas are worth a total of 60 points and they are easy enough for anyone with a legitimate street car to claim. However, as cars and trucks blur the line between a street car that can be driven on a race track and a race car with license plates, the struggle to capture all of those points increases and that is intentional. Once those D&E points are distributed throughout the field, cars are awarded segment points based on how close they came to the "perfect" score of 100. Because no one ever scores a "perfect" 100 and all the other segments award 100 points to first place, segment points are distributed in a cascading fashion, based on how many D&E points were awarded. For instance, Efrain Diaz's Camaro may have received 85.4664 D&E points. That was the 15th highest point total of the weekend, which resulted in Efrain receiving 86 segment points, which also placed him second in the GTV class.

We don't want to discourage anyone with a street-legal car from competing in these events and none of these elements are required to do so. However, if someone wants to accumulate the maximum points available, they will have to figure out how to incorporate or maintain all the typical components and attributes listed here, which are found in most of the cars we drive on a daily basis. We know there are some hardcore folks out there who would think nothing of sliding through the window on Ricky Rudd's Tide Ford Thunderbird every morning and heading off to work with race slicks and an open exhaust. While they're welcome to enjoy such a commute, that doesn't mean that their definition of a street car is shared by us and they'll be getting any points for their daily devotion to the extreme.

One thing we would ask of competitors is that they share this information with their fellow competitors, especially if you know someone who is scratching their head, wondering why they can't score more points in this segment. Even though the rules are pretty clear in their description on the website and we try to explain the series as best we can hear, on the podcast and elsewhere, we can always use more help in spreading the word!

This story was updated in July of 2017 to reflect the new scoring structure introduced during the 2016 season.

Jim McIlvaine played seven years in the NBA, but as much as he made during that time,… Read More