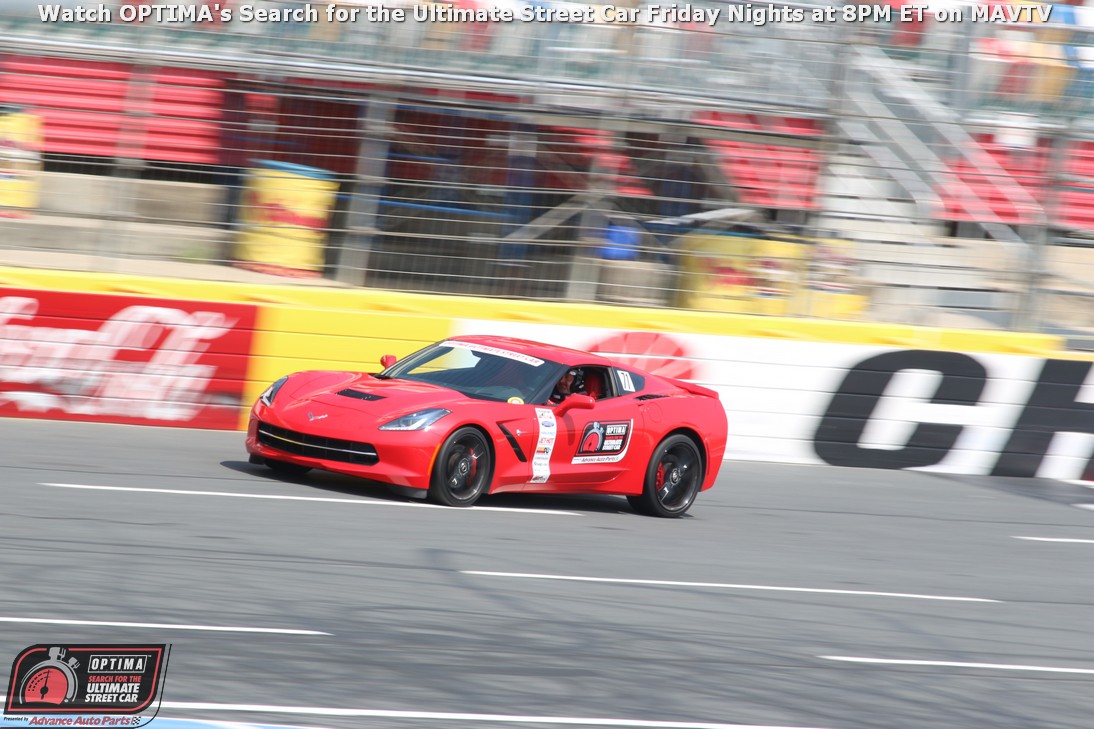 Seven of nine events have been run in the 2015 OPTIMA Search for the Ultimate Street Car, presented by Advance Auto Parts and Chris Neal's 2014 Chevrolet Corvette has a solid lead over second place Jeremy Stensland's 2015 Subaru STi in the GTS class. However, Stensland was able to sign up in time for the next qualifying event at Road America, while Neal was too late and will have to watch a stacked field of GTS competitors chase after his top spot. Will Stensland be able to accumulate enough points in Elkhart Lake to pass Neal for the lead?

Regardless of whether there is a change at the very top of the GTS standings, there is sure to be some shuffling of positions within the top-10. Ten of the top-16 GTS competitors are registered for Road America, which accounts for half of the class entries. Dustin Rogers, Ronnie Soliman, Todd Earsley and Rick Hoback are four of those entries and they have all punched their tickets for Vegas already. That means Neal and others near the top will be cheering for them to do well, while the other competitors who will be scrambling for an invite at Road America or beyond, hope those who have already qualified don't consume too many points in the process. Additionally, other heavyweights like 2014 OUSCI competitor and One Lap veteran, Steve Loudin will be in the hunt for an invite in his Dodge Viper and Jeff Schwartz will also be in the mix in his 2015 Corvette, as well as several solid car and driver combinations out of the RS Motors stables.

At least two OUSCI invites will be up for grabs in GTS, to the top finisher in the class, as well as the KN Spirit of the Event winner. Only five competitors in the top-10 in points have Vegas invites so far and many of those who do not would prefer not to have to make a trip out to the final qualifying event at Fontana, California if they can secure their spot in Wisconsin. Have a look at the top-ten in GTS points after the Pike's Peak event:

The top finisher in each of four classes (GT, GTL, GTS GTV), who has not already been invited to the 2015 OUSCI will receive an invitation at the end of the regular season, in addition to the next 11 competitors, regardless of class, based on season-long points. Competitors can also earn an invitation to the OUSCI by winning their class at an event or by being the top finisher in their class, who has not yet qualified. KN Filters also offers a Spirit of the Event invitation to the OUSCI at each qualifying event, which is not contingent upon points. For more information on OPTIMA's Search for the Ultimate Street Car, presented by Advance Auto Parts, visit www.driveoptima.com