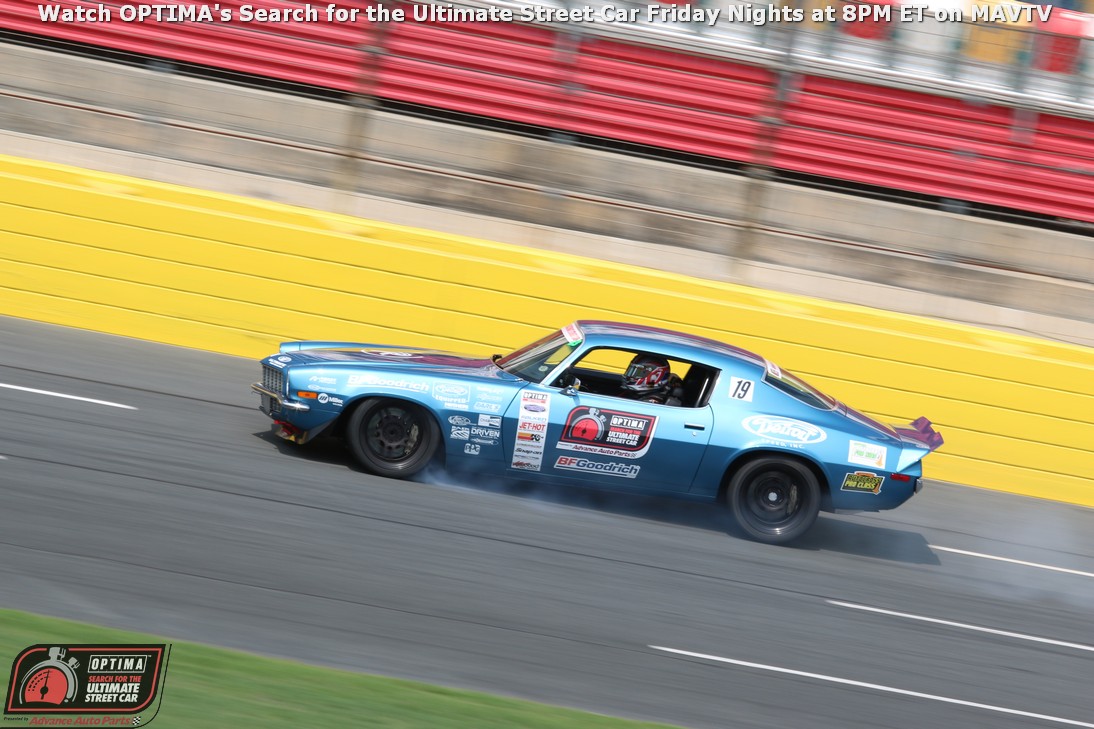 Seven of nine events have been run in the 2015 OPTIMA Search for the Ultimate Street Car, presented by Advance Auto Parts and Kyle Tucker's 1970 Chevy Camaro has a commanding lead over his Detroit Speed running mate, Chris Porter and his 1986 Porsche 948. Will either run in the final double points event at Auto Club Speedway? If they don't, can anyone catch them and win the GTV championship? Which other GTV competitors who have not yet punched their ticket for Las Vegas will be able do so, either in the remaining two qualifying events or by accumulating enough season-long points? Have a look at the top-ten in GTV points after the Pike's Peak event:

The top finisher in each of four classes (GT, GTL, GTS GTV), who has not already been invited to the 2015 OUSCI will receive an invitation at the end of the regular season, in addition to the next 11 competitors, regardless of class. Competitors can also earn an invitation to the OUSCI by winning their class at an event or by being the top finisher in their class, who has not yet qualified. KN Filters also offers a Spirit of the Event invitation to the OUSCI at each qualifying event, which is not contingent upon points. For more information on OPTIMA's Search for the Ultimate Street Car, presented by Advance Auto Parts, visit www.driveoptima.com