The Most Influential Competitor in OUSCI History? 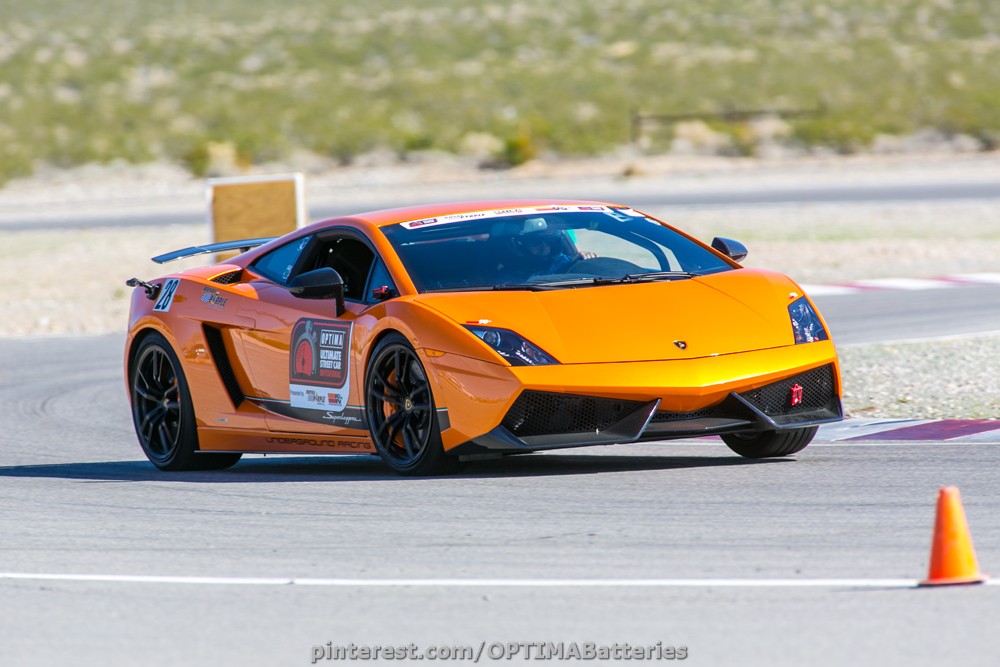 As OPTIMA's Ultimate Street Car, presented by KN Filters, enters it's eighth edition, we look back on hundreds of competitors and wonder if it's even possible to determine who the most-influential one might be? The top of the list must include the two-time champions, Mark Stielow and Danny Popp, but given the event's history, there are many others worth noting. Just reaching this pinnacle event is an accomplishment in itself and anyone who has been able to compete in it over the years is definitely in exclusive company.

The influence these competitors have on the automotive aftermarket also spans well beyond who won the OUSCI. JF Launier of JF Kustoms has built some of the most-incredible show cars on the planet and has competed in the event multiple times, including in his Ridler award-winning Buick last year. The OUSCI is definitely not a walk-in-the-park event and every vehicle that enters is unlikely to emerge without without plenty of road grime and maybe even a few cone marks and rock chips to show for their efforts. That is virtually uncharted territory for cars built to the level of what Launier produces, so the next Ridler-winning OUSCI competitor might only be another Launier creation (other Ridler winners, past, present future are welcome to contact us about an invitation, but we won't hold our breath).

In addition to Popp, there are other OUSCI competitors, including Brian Hobaugh and Mary Pozzi, who have closets full of SCCA National Championships to their credit. However, the profile of those championships hasn't necessarily lifted the veil of anonymity of those incredible drivers to the general public. Pozzi is likely to be recognized more for her car's presence in the Gran Turismo video game, than her incredible string of national championships.

There are also some iconic vehicles that have competed in this event, including past champions, Steven Rupp's "Bad Penny" Camaro, Bruce Cambern's Shelby Cobra (one of the last original-owner cars in existence) and RJ Gottleib's "Big Red" Camaro, which even has it's own TV Show! However, the OUSCI is not just about finding the best domestic-built cars on the planet, which would describe all of those already mentioned. The event organizers realized very early on, that even though Pro-Touring cars and trucks made up a big percentage of the field, in order to call the event "the Ultimate," it couldn't be limited to just those cars.

In order for the event to have the credibility it needs to put "Ultimate" in it's name, it needed to be open to all makes, models and generations of street-legal cars and trucks. Recognizing that need is the easy part. Getting owners of exotic supercars to compete in the OUSCI has proven to be more difficult. The SEMA Show is packed with such supercars every year and they were in part, the reason the OUSCI was event created in the first place- could these incredible show vehicles actually be driven on the street or at a racetrack?

For years, OPTIMA was inundated with requests to compete in the OUSCI and the response was always the same- you need to be picked from the SEMA Show. The overwhelming demand for entries finally resulted in OPTIMA's Search for the Ultimate Street Car Series, presented by Advance Auto Parts, which now allows those who are interested, an opportunity to earn an invitation to the OPTIMA Ultimate Street Car Invitational. Even with the qualifying series now in place, true exotic supercars are few and far between.

It's not because there are a lack of such cars available. There are thousands of Lamborghinis and Ferraris on the roads in this country and hundreds more, if one includes Bugatti Veyrons, McLarens and other such coveted rides, yet it's largely crickets from that crowd when it comes time to run in an OPTIMA event. They're all very expensive cars and not every owner is willing to even take them to a race track. We understand that and know that will reduce the potential pool of vehicles significantly as a result.

However, we also know many of these cars do compete in land speed events, where they chase top speed awards. That's where ego probably comes into play. Even if people don't know how many SCCA National Championships OUSCI competitors have won or how many other accolades have been showered on the drivers and cars in every OUSCI field, they do know even a skilled driver in a well-prepared car will have their hands full at the OUSCI just trying to break into the top-20 overall. That's a bitter pill to swallow for many supercar owners, who wanted to buy or build their way into owning what many would consider "the ultimate street car."

Events that measure straight-line acceleration are very cool and we've sponsored them for years, but they only paint part of the picture of automotive excellence when the conversation includes the "ultimate" tag. Can they turn? Can they brake? Can they stand out in a field of top-notch show cars? Can they handle rush hour traffic on the Las Vegas strip without breaking down?

The prospect of testing a car's ability in so many ways is daunting and potentially very humbling to people who eye up an opportunity to run in the OUSCI. There's also the very real risk that a million-dollar supercar may finish well behind a lot of other cars that are not perceived to be as prestigious but have great drivers, like SCCA National Champion, Andy Smedegard, who wheeled a Honda past all but 10 competitors in the 2014 field. The driver's skill is often forgotten in the final standings and overlooked by many casual observers.

The larger audiences focus on "Brand A" beating "Brand B" in some attempt to extrapolate a point they may be making about the superiority of one vehicle over another. In some ways, there is validity to that point, because that is the intent of this event, although we recognize the debate will likely rage on forever. The concern for many car owners, is how their showing will be perceived by the general public and for car builders, the concerns are even greater, as they worry about how the reputation of their business might be impacted. We can't say it often enough, so we'll keep repeating it, because it does ring true- just getting invited to compete in the OUSCI is a victory, as so few actually get invited.

When a car emerges from the OUSCI and proves it can be driven on the street and driven hard on the track, it speaks very loudly as to they quality and durability of the build. Some builders just build show pieces that look good and may produce an impressive dyno sheet, but couldn't hold up if driven in the OUSCI. If that is the case, they are probably better off steering clear of the OUSCI. However, many big-name builders, including Lingenfelter, Detroit Speed, Callaway, the Ring Brothers and Switzer Performance have either taken on the challenge directly or have customers who have, which can be even more intimidating for their competitors.

It's not all downside though, as RS Motors now finds their name being mentioned among the very best builders in the import market, based on the winning performances of so many of their cars in OSUSC events. Their performances have been so strong, that it now has some quietly asking if the OUSCI can go from crowning the "Ultimate" street car, to crowning multiple "ultimate" street cars, which kind of dilutes the coveted "ultimate" qualifier for the event. At the same time, some of those same competitors love bragging about how their ride finished in front of "Brand X" or "Builder A" who has hundreds of thousands more wrapped up in their ride.

That brings us back to Dr. Mark Capener and his many incredible rides. Capener has competed in three OUSCI events, with three different cars- two Lamborghinis and a Dodge Viper. All of them have been heavily-modified and none produce less than 1000-horsepower. Capener is a very capable driver and has set records in land speed competition, piloting his Underground Racing-built Lamborghini past 230 mph.

He has not won any of the OUSCI events he competed in, but it's about the passion of the car for him and getting out and using it on the track and the street. He is a competitive guy who wants to do well, but his concern over what others think of his overall performance never scares him away from competing. Even though Popp and Stielow have won multiple times and someone like Brandon Ranvek may be knocking on the door in his Evo, Capener is often the competitor with the biggest target on his back.

Many of the other competitors know they won't contend for the overall title, but in searching for other victories within the event, they eye up the opportunity to take on a 1,000-horsepower Viper or a 1,500-horsepower Lamborghini. Besting Capener in the overall results is a big prize for these folks, but even having his cars in the event is very important for the credibility of the event.

When a casual fan looks at the OUSCI results and sees a long line of Camaros and Corvettes having won most of the past championships, they should ask if the event is even open to supercars like Capener's Lamborghinis. The fact that it is and the fact that he and a handful of other drivers, like Dax Snow, have stepped up and ran in the event not only silences such critics, but often piques their interest and turns them into engaged fans.

Their participation makes OPTIMA's Ultimate Street Invitational an event like no other. Someone may see a Lamborghini, a Lancia or a Pontiac LeMans at the OUSCI and they all go head to head, chasing the Ultimate Street Car Invitational crown. This has turned into a bucket list event for any serious gearhead. If you haven't been to this event before, you owe it to yourself to figure out how to get there. Buy your 2015 OUSCI tickets here and experience the coolest street car competition on planet earth!