The SEMA Show in Las Vegas is an annual gathering of some of the most tricked-out cars and trucks in the world and in 2019, the all-new Toyota Supra was one of the hottest cars at the show. So what does this have to do with answering a question about how long you should drive your car after you jump-start it? Well, many of the cars at this show were still being put together in the days immediately before the show began. The cars were started up (if they could start at all) and turned off frequently. Doors, hoods and trunks were left open and in general, many of the batteries became deeply-discharged.

If they weren't discharged by the time they made it to the SEMA Show, after sitting on display all week long, many of the batteries in those vehicles were completely drained. We know this, because in addition to manufacturing and selling car batteries, we also have a line of battery chargers and many of the folks who own these SEMA show cars came to us throughout the week, asking if we had any extra batteries, chargers or jumper cables they could borrow to get their cars started, so they could drive them out of the show at the end of the week (and presumably, back onto a trailer).

The problem with their plan isn't that their option of last resort- jumper cables, wouldn't work, but what that meant for the battery and their vehicle's charging system. Jumper cables (or jump boxes) are a great tool to have in case of an emergency, but they should be treated like the electrical equivalent of a one gallon can of gas. Either one can get you out of a tight spot, but neither offers a long-term solution. If your car only had one gallon of gas left in it, your next stop would probably be a gas station. Likewise, if you needed another source of electricity to get your car started, your next stop should involve getting your battery fully-recharged with a real battery charger or replacing your battery, if you believe it has reached the end of it's useful life.

We've heard a lot of people (including an unnamed insurance company website) offer really bad advice about just letting a car idle for a few minutes and/or driving the car for up to 30 minutes to recharge the battery after it's been jumped. Whenever you hear someone offering that bad advice, mentally substitute every reference they make to charging the battery with "cooking the alternator," because that's one of the outcomes of such advice. Another is that the battery probably won't get fully-charged by the alternator and you'll soon find yourself in another situation, where you need a jump-start and slipping into a cycle of dead batteries and jump-starts until either the battery needs replacing (expensive) or the alternator (even more expensive) or both (really expensive).

So what happens with all those show vehicles from SEMA that get jump-started? Since thousands of them are trying to leave the same place at the same time, they create a traffic jam. Alternators generally like to be spinning at highway speeds, if they're expected to deliver current back into a battery. To make matters worse, since there are thousands of spectators watching the SEMA Show exit parade and many of these car owners want to show off their fancy lights and loud stereos, they go full tilt in every way they can. The combination of a low speed traffic jam, all kinds of electrical demand from the deeply-discharged battery, the fancy lights under the chassis and the thumping stereo system will in many cases, cook the vehicle's charging system and leave the winch-less owners making a late-night parts run to get a replacement battery, if they make the mistake of shutting their car off, before pulling it on a trailer.

So the short and correct answer for how far you can drive your vehicle after jump-starting it would be "as little as possible, as you seek out the nearest battery charger to fully-recharge your battery." If you don't have a battery charger yet, plan ahead an buy one from us!

How Much is a Honda Car Battery?

How much does a Honda car battery cost? We'll tell you in the Power Source blog Read More

Can I Use a Car Battery In My Boat?

You can use a car battery in a boat or marine application, but should you? We'll take… Read More 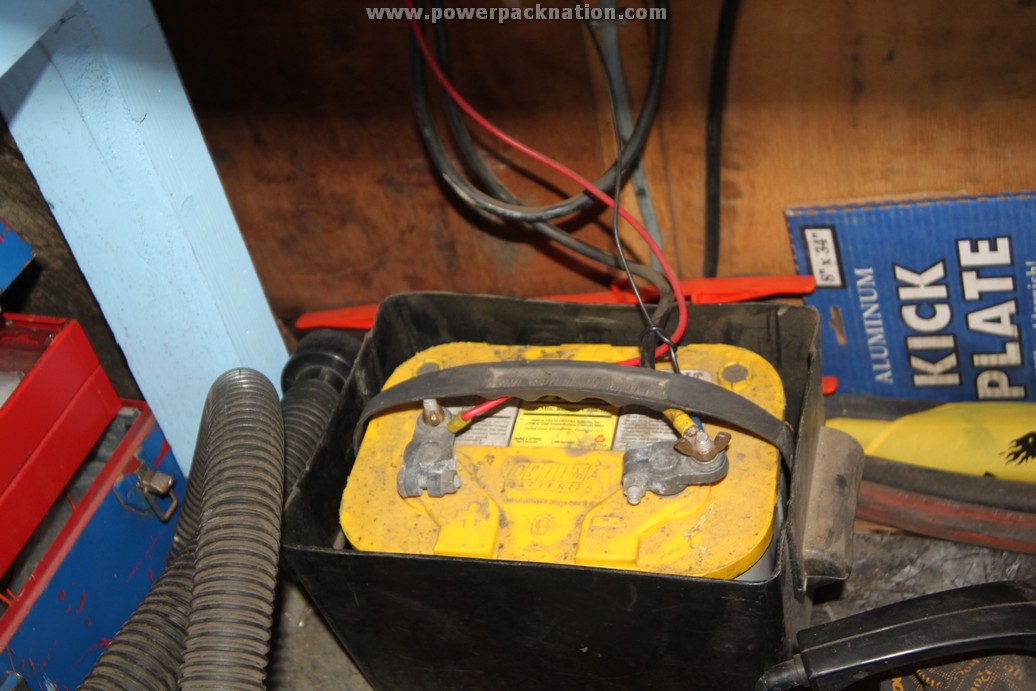 How long will my car battery last?